$9K worth of pot falls from the sky, crashes through carport 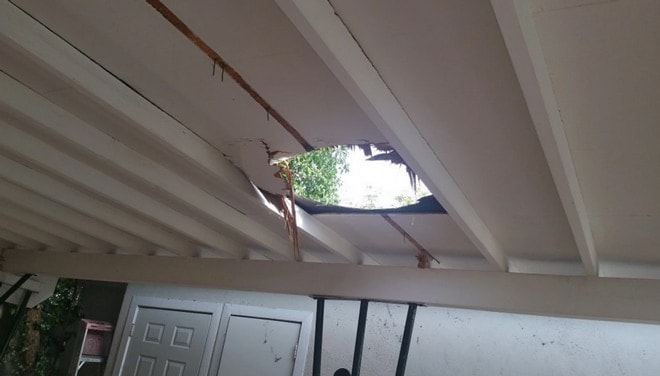 When one Arizona couple who lives just a few hundred yards from the Mexican border heard a loud crash in the middle of the night earlier this month, they shrugged it off as thunder. It wasn’t until later the following day that they discovered the noise was actually a large bundle of pot being dropped from the sky and falling through the couple’s carport outside.

“I went out to investigate, and sure enough, I looked up to see the hole, and then my eyes trailed down and the big dog’s house was destroyed. It made a hole in that hard plastic doghouse and the bundle was inside…,” recalled Maya Donnelly.

The bundle consisted of more than 23 pounds of marijuana, with an estimated street value of nearly $10,000. The Nogales Police Department as well as the Donnellys searched their property for any additional contraband, but nothing was found.

Authorities believe the bundle was dropped from an ultralight aircraft after crossing the border.

“Ultralights, we’ve seen those on occasion,” said NPD Chief Derek Arnson. “They’ll take a couple, two, three bundles. You can hear those kind of buzzing. They come at nighttime and they don’t land, they just drop and go back to Mexico.” 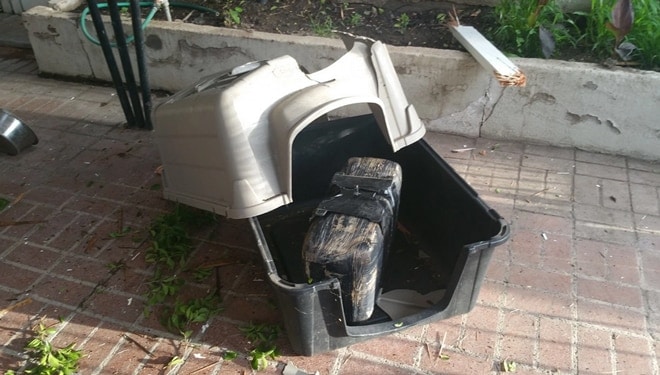