Felon says he’ll ‘sell his soul’ for machine gun and silencer, gets 21 years instead 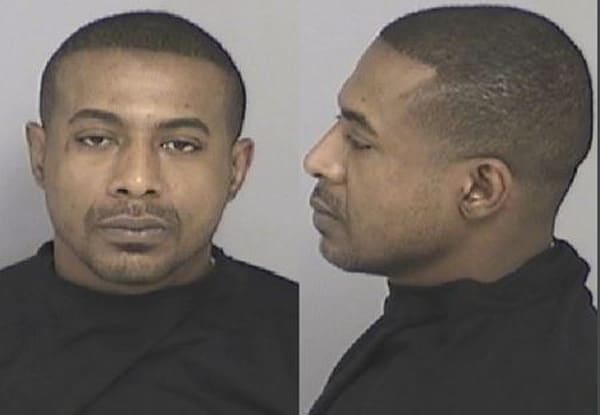 A Palm Coast convicted felon was sentenced Thursday to 21 years and 10 months behind bars for possession of a machine gun and silencer, and assaulting a federal officer.

Radbourne Mark Anthony Saleem, 40, pleaded guilty to the charges on Nov. 5, 2014, in a Florida federal court. He was arrested in November 2013 after he bought the items from a confidential informant.

“Mr. Saleem is a multi-convicted felon who will be off of our streets and unable to victimize anyone for a long time,” said Regina Lombardo, special agent in charge with the Bureau of Alcohol Tobacco Firearms and Explosives’ Orlando field office. “He will no longer be in a position to possess or use firearms.”

According to court documents, Saleem met with a confidential informant to talk about buying a machine gun, a silencer, and a pistol, and met again two weeks later to buy the items, which is when things got a little crazy.

The informant, who was employed in the gun industry, told ATF agents in October 2013 that he knew a guy with a “funny last name,” referring to Saleem, who wanted a silencer, court documents say. The informant also said Saleem was a frequent distributor of “Molly,” the street name for MDMA, which he sold out of a barber shop that he owned.

Saleem told the informant that he wanted a few silencers and some “hand jumpers,” which refers to small, concealable pistols. He also asked the informant if he could get him an automatic weapon.

ATF agents advised the informant to maintain contact with Saleem as they collected evidence. On Oct. 23, 2013, agents recorded a phone call in which Saleem said he would trade drugs for any firearm and silencer that the informant acquired.

The informant and Saleem met on Nov. 1, 2013, to discuss the transaction in greater detail, which was monitored and recorded by ATF agents. During the meet, the informant told Saleem that the items were “hot” and in turn Saleem negotiated getting them for a lower price point, which ended up being $2,000 and drugs.

Saleem also discussed why exactly he wanted the items. He explained it made robberies easier because he could “hit them, hit them for no reason … rob them.” He added that he would “sell my soul to the devil to get that shit” and described possible victims.

They met on Nov. 15, 2013, at a Days Inn parking lot next to a Burger King. The informant provided a Para Ordnance 1911 .45-caliber pistol, an SWD .45-caliber silencer, and a Sten MK II 9mm machine gun (all of which were props). Saleem gave the informant $1,000, acknowledged that the items were what we was looking for, and said he wanted to find a place to test fire the equipment.

Officers attempted to arrest Saleem as he brought the items back to his car, but he saw them coming and quickly jumped into his vehicle. He accelerated and attempted to hit an ATF agent, but as he sped through the parking lot toward the agent, several officers fired shots at Saleem.

In his blue Toyota Matrix, Saleem jumped a curb, drove over a patch of grass and continued onto the highway. Officers followed suit and caught up with him a short distance later when he crashed into another vehicle and was ejected from his car. Officers immediately arrested him.

By the end of the incident, Saleem suffered multiple injuries due to the wreck along with several gunshot wounds.