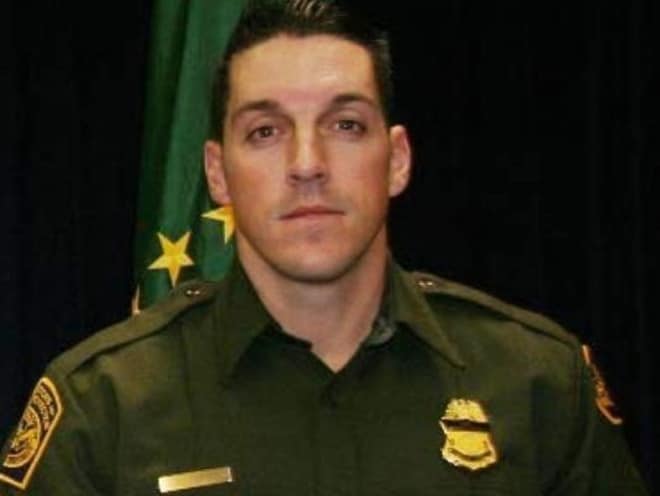 Border Patrol Agent Brian Terry was killed in a shootout near the Mexican border on Dec. 14, 2010.

Two members of a group involved in a shootout that ended Border Patrol Agent Brian Terry’s life were found guilty of murder by a Tucson federal court.

“With these convictions, we have taken another important step towards securing justice for Agent Brian Terry,” said U.S. Attorney General Loretta E. Lynch. “Today’s verdict is the result of years of tireless effort from dozens of dedicated law enforcement officers, prosecutors, and investigators committed to ensuring that the murder of their friend and colleague does not go unpunished.”

She added that the Justice Department will continue to work toward prosecuting and arresting other suspects involved in the incident.

The incident occurred southwest of Rio Rico, Arizona, about 11 miles from the Mexican border, on Dec. 14, 2010. Terry was shot in the back during the exchange of gunfire and ultimately bled to death. The guns used by the suspects were later found to be tied to the controversial “Fast and Furious” scandal, although discussion of the scandal during the trial was prohibited.