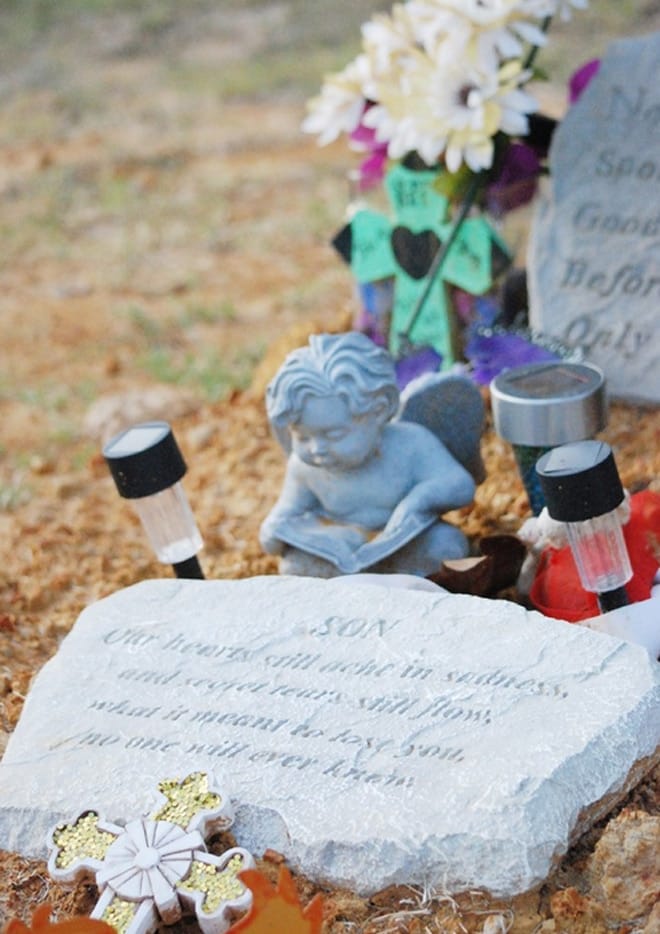 The parents of a Marine who was killed while serving in Afghanistan more than five years ago recently discovered that a plaque was missing from their son’s grave at a Danville, Texas, cemetery, and while the plaque has since been found, the family decided they will not take it back because it is exactly where they feel it needs to be.

The plaque – which reads “SON/Our hearts still ache in sadness/and secret tears still flow/what it meant to lose you/no one will ever know” – has been sitting on the grave of U.S. Marine Sgt. Kenneth May Jr. untouched since the time he was buried. Karen May, Kenneth’s mother, said she does not know how it ended up there, but the plaque her and her husband placed at their son’s final resting place now sits on the grave of a 5-year-old boy who was was killed in August during a hit and run accident.

May said when they found the stone plaque, she just couldn’t move it. All she knew is that the family lost a little boy, she knew how heartbroken they must be, and didn’t want to cause them any more pain. 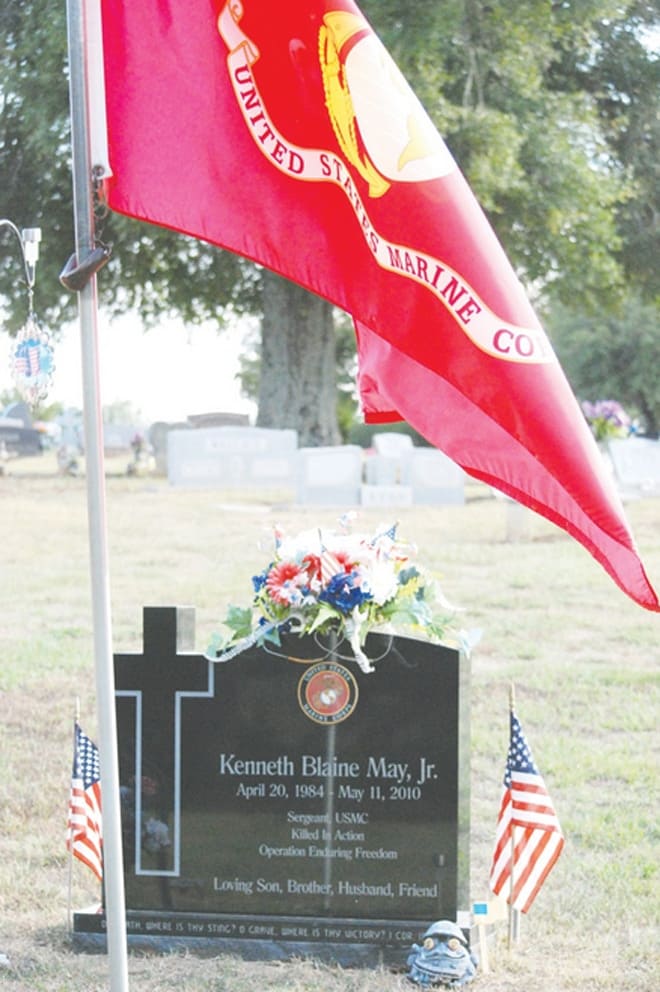