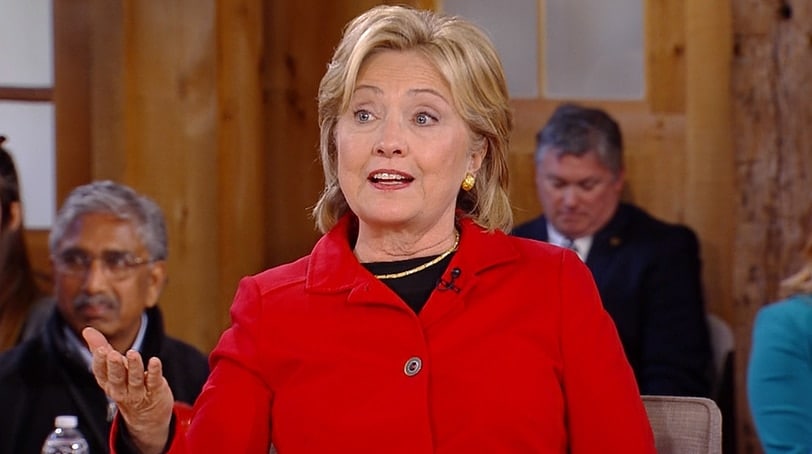 Speaking during a town hall discussion in New Hampshire on Monday, Democratic presidential candidate Hillary Clinton talked about her gun policy proposals, which include closing the gun show loophole, and the repeal of a law protecting gun manufacturers from liability.

“I really do want to push hard to get more sensible restraints on gun ownership on the wrong hands, and to try to keep track of people who shouldn’t have guns,” Clinton said, as reported by NBC News.

Her gun control plan was unveiled Sunday and comes several days after a fatal mass shooting at an Oregon community college claimed 10 lives and injured several others.

Clinton told reporters earlier that as president she would use executive action to pass her proposals “if Congress will not act.”

In addition to pushing background checks on gun show buyers, Clinton said she would work to repeal a law backed by the National Rifle Association which prevents the victims of crimes from suing gun manufacturers. Clinton also said she would revoke the licenses of known “Bad Apple” gun dealers who sell crime guns.

“What is wrong with us that we can’t stand up to the NRA and the gun lobby and the gun manufacturers they represent?” Clinton asked during a speech delivered at Broward College in Davie, Florida.

Clinton is currently 9 points is behind another candidate vying for the Democratic nomination, Vermont Sen. Bernie Sanders, according to a new poll.

Clinton also referenced the so-called “Charleston” loophole, referring to a requirement placed on the Federal Bureau of Investigation to allow a gun purchase to proceed if the agency does not complete its background check within three days.

It was this requirement and a clerical error that the FBI did not discover a prohibiting factor that could have prevented the gunman who opened fire on a black congregation in June from obtaining a firearm.