Car thief attempts to elude police by driving into the ocean 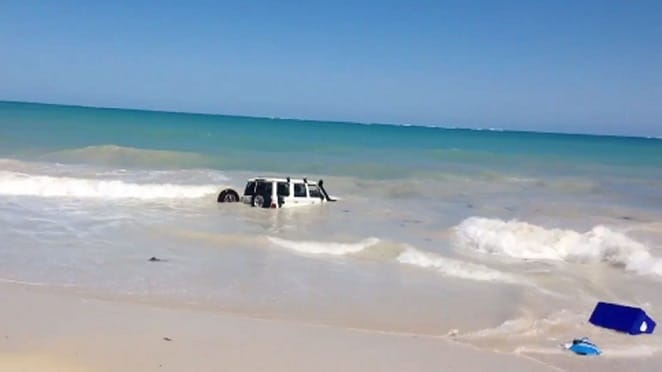 He almost made it.

When confronted by the authorities, an Australian car thief attempted to give the blue heelers the slip by going full U-boat.

As noted by the Western Australian, police pursued a crook outside of Perth who got in touch with his Mad Max roots and raced his stolen 4WD vehicle through the dunes for two hours with authorities keeping close tabs on him.

Finally, in an apparent bid to take the chase to the next level, the thief plunged the vehicle into the surf line and made for the freedom of the open seas. However, before he could raise the black flag and get into the full time salty sea dog experience, his 4WD bogged down and left him marooned.

Police walked out into the waves and took the man into custody.

Remember gang, just because your ride has a snorkel, its still not a submarine.

Think you can escape us in your stolen 4WD at #Wilbinga? We have 4WDs too, and air support #youloose #seacruiser pic.twitter.com/7aJxsAj7P6