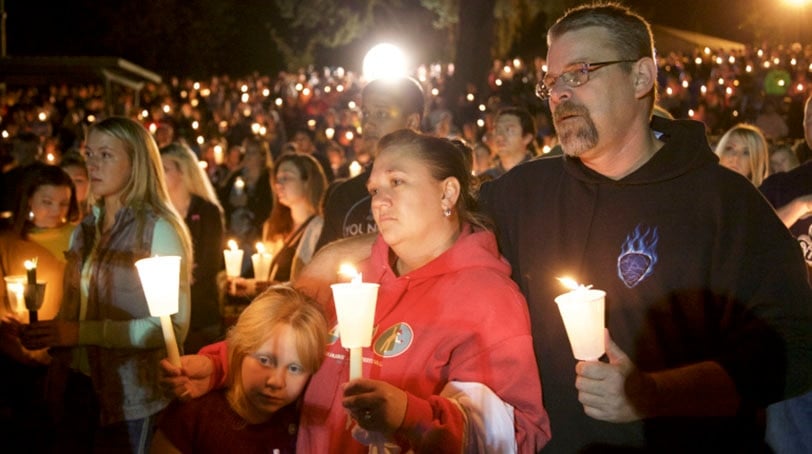 In a show of support to the families of the victims killed during a mass shooting on a college campus last week, President Obama will travel to Roseburg, Oregon, on Friday to meet with them privately.

The noticeably frustrated president on Thursday addressed the nation, calling mass shootings and America’s response to them routine.

The reporting is routine, my response here at this podium ends up being routine, the conversation in the aftermath of it, we’ve become numb to this,” he said, listing a number of recent mass killings such as Charleston, Aurora and Newtown, as well as older incidents in Columbine and Tucson.

The Oregon stop was reportedly worked into Obama’s already-planned weekend of fundraiser appearances in Seattle, San Francisco and Los Angeles, as well as some leisure time in Southern California, the New York Times reported.

GOP presidential hopeful Ben Carson criticized Obama for the visit and for his remarks last week in the wake of the shooting, saying the president was “politicizing” the tragedy.

Carson also said he would have been more aggressive had the gunman ordered him to stand up and state his religion.

“Not only would I probably not cooperate with him, I would not just stand there and let him shoot me, I would say, ‘Hey guys, everybody attack him. He may shoot me, but he can’t get us all,'” Carson told the hosts of “Fox and Friends.”