Suspect shot in the mouth while brutally beating elderly man 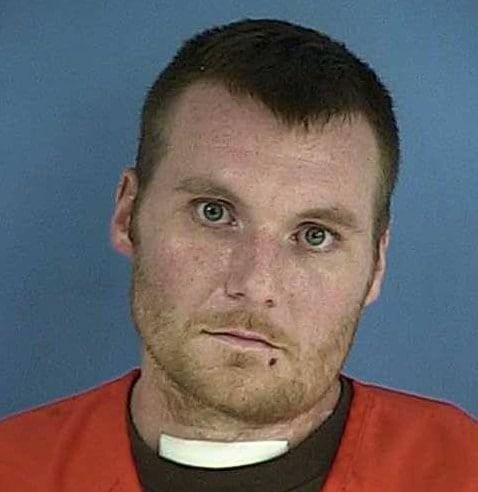 After spending the last two weeks in the hospital recovering from a gunshot wound, a man was arrested for brutally attacking a 74-year-old man in his Defuniak Springs, Florida, home, the Walton County Sheriff’s Office announced in a release Oct. 1.

Authorities said the victim was acquainted with his attacker, and in fact, called him grandson, despite no blood relation, but on Sept. 19, the relationship took a barbarous turn when Justin Paul Carter showed up at the home of Michael and Margaret Frey, demanding to speak with Margaret alone. Michael, who said Carter was obviously under the influence of drugs at the time, would not allow him to be alone with his wife, which only angered Carter.

The couple repeatedly instructed Carter to leave their home, but the man refused. Finally, Margaret went outside to call 911, but while she was outside of the home, Carter flew into a violent rage and began savagely beating Michael, striking the 74-year-old man numerous times in the face before pounding his head into a cabinet.

Michael, believing his life was in danger, reached into his pocket, pulled a .38 from his pocket and shot Carter a single time in the mouth. At that point, Carter finally stopped attacking the elderly man and ran from the home, shattering a window in the process. 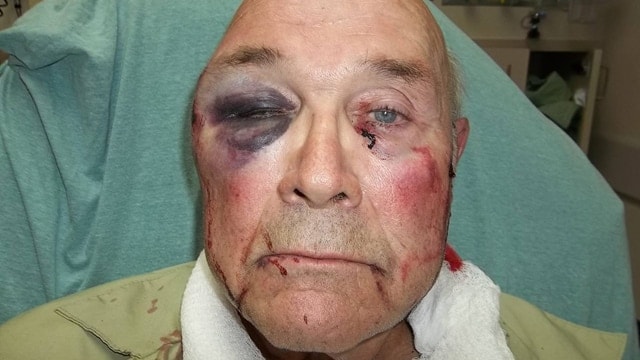 In the end, Michael suffered from a broken nose, a fractured orbital socket of the right eye and a severe hematoma on the head. Pictures released from the Walton County Sheriff’s Office show the severity of the attack.

Adkinson said the shooting was “absolutely a justifiable use of force.” The sheriff added Carter’s behavior toward Michael was “inexcusable” and such behavior toward senior citizens is unacceptable will not be tolerated.

“In this case, having a firearm saved this man’s life,” Adkinson concluded.

Carter, who survived his injury, now faces charges for aggravated battery of a person 65 or older, property damage of $200 or less, and trespassing.