Number of gun deaths vs Americans killed by terrorism 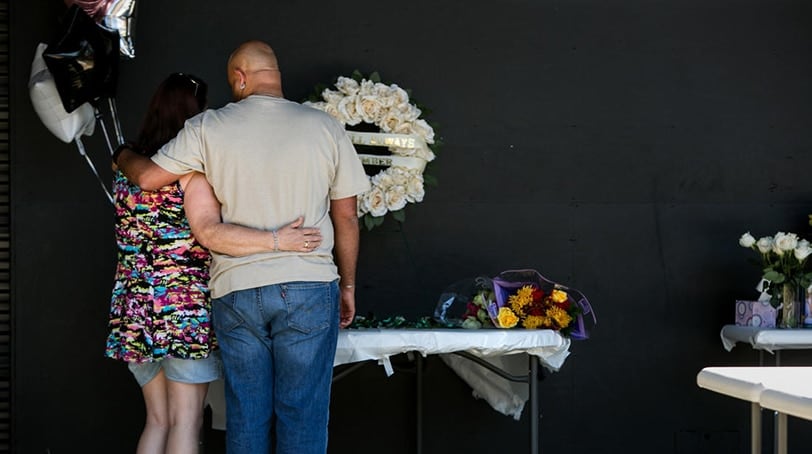 President Obama on Thursday addressed the nation following a community college campus shooting in Oregon the same day, calling on the media to compare gun deaths in the U.S. to terror attacks in which Americans have been killed.

“We spend over a trillion dollars, and pass countless laws, and devote entire agencies to preventing terrorist attacks on our soil, and rightfully so,” Obama said. “And yet, we have a Congress that explicitly blocks us from even collecting data on how we could potentially reduce gun deaths. How can that be?”

According to that data, gleaned from the State and Justice departments for the period between 2001-2011, there have, in fact, been many, many more Americans killed by gun violence than by terrorism. During that 10-year period, some 130,347 have lost their lives to gun violence, compared to the approximate 3,000 Americans killed in acts of terrorism.

Other estimates put the number of Americans killed by terrorism in the past decade at just 24, which doesn’t include the 9/11 attacks like the first estimate. Data from the Mass Shooting Tracker and the Centers for Disease Control put the number of gun violence deaths closer to 280,024.

By comparison, there have been 6,764 U.S. troops killed during the conflicts of Iraq and Afghanistan since the 2001 launch of campaigns in the Middle East region, according to the Georgia-based tracker iCasualties.org.

But are those the metrics we should be comparing?

Gun rights advocates see shootings like the one in Oregon as a springboard for gun control liberals to suppress their rights to keep and bear arms.

Many feel that gun violence is perpetrated mostly by criminals and that outlawing guns outright won’t solve the problem because guns aren’t the cause.

Chicago is often used as an example of strict laws failing to curtail violence, but as the Associated Press reports, the city’s guns laws aren’t as strict as they once were. Where Chicago used to prohibit handguns and gun shops, it no longer does.

And though a gun store hasn’t opened there yet, the city receives a healthy infusion of guns from outside of its borders, which gives credence to claims from gun control advocates that federal gun laws need to be passed to regulate the interstate gun trade.