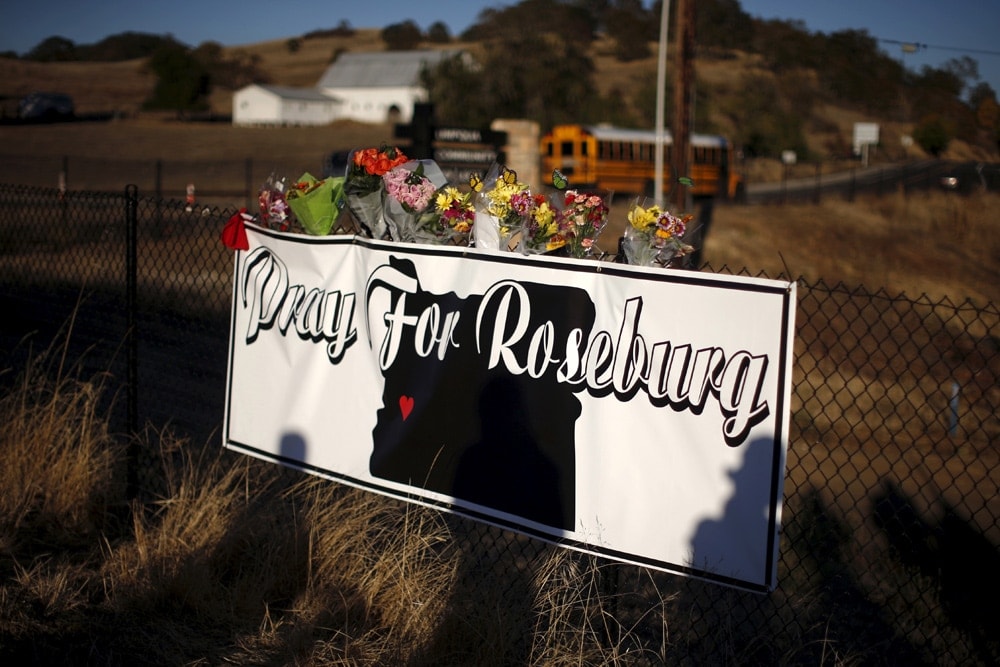 Details of an investigation by Oregon State Police released Wednesday show the quick and selfless response by officers when they engaged the man who had opened fire inside a community college classroom outside of Roseburg, Oregon, last week.

“I have reviewed the facts of the case. I have determined the deadly physical force used by the officers against the shooter was justified,” said Rick Wesenberg, Douglas County district attorney, and described the incident in chronological order.

He said the emergency contact center received a 911 call about an active shooting incident at Umpqua Community College at 10:38 on the morning of Oct. 2. The caller reported seeing the gunman enter the class and begin shooting.

Two detectives — Detective Sgt. Joe Kaney and Detective Todd Spingath — with the Roseburg Police Department, who were 5 miles away from the campus, responded when they heard the dispatched call as did two state troopers. All four arrived at 10:44 a.m. and immediately heard gunshots.

The two detectives, who were wearing plain clothes but not a bulletproof vest, ran toward the gunfire and spotted the shooter in a doorway. Knowing the classroom was occupied with roughly 35 students, neither detective opened fire. However, the shooter then spotted the detectives and fired several rounds at them.

Second later, both detectives felt they were within range and in the clear, so they fired a total of three rounds at the shooter. Two rounds hit a wall and the third hit the shooter in his right side.

Once the shooter was wounded, he re-entered the classroom, went to the front of the class, and shot and killed himself.

Both Kaney and Spingath have asked that the focus be on the victims and their families, however, they’re both being lauded as heroes, said Roseburg Police Chief Jim Burge.

Kaney, a former Marine, is a 23-year veteran of the Roseburg Police Department. He received a Medal of Honor and Purple Heart for a previous shooting where he was shot in 2005 from the Oregon Peace Officer Association.

Spingath, a U.S. Air Force veteran and has served with the Roseburg Police Department for 16 years. He received the Medal of Valor for the same 2005 shooting.

“I, like many other people in this community, consider them to be heroes — they knew that they could be injured or killed during this confrontation as they ran toward the sound of gunfire,” Burge said.

He also extended gratitude to all the public safety personnel on the scene. “Without the response of the dedicated first responders the magnitude of this event would have been multiplied,” he said.

A total of 10 people, including the gunman, were killed and seven injured during the incident.