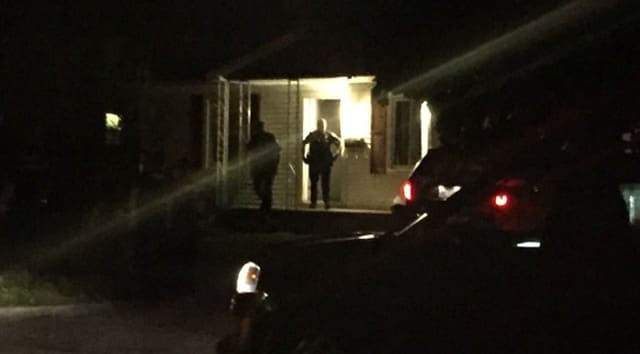 The two suspects, both of whom were shot by their intended target, were found at two separate locations suffering from a single gunshot wound. (Photo: Wood TV)

An attempted robbery in Battle Creek, Michigan, Tuesday night under the guise of a Craigslist deal didn’t quite turn out as planned when one of the intended victims, who is a concealed pistol license holder, fired on the two men who jumped him and his father.

Jon Vanderwiel, 42, and his 72-year-old father, Robert Vanderwiel, both of Grand Rapids, drove to the Urbandale neighborhood around 8:00 p.m. to purchase an early 70s model Chevelle, but when the two arrived at the arranged location, which turned out to be an abandoned house, they were jumped by at least two – possibly three – men, local media reported.

But unbeknown to the would-be robbers, Jon was carrying a revolver, which he drew and fired twice at the suspects, who immediately fled from the scene. Jon and Robert also left the scene and drove to the safety of a nearby McDonald’s parking lot to call the police.

Both of the suspects, who were not identified but said to be 19- and 20-years-old, were struck a single time, one in the lower torso and the other in the upper torso. Both were found at separate locations and transported to the hospital where they were last listed in serious but stable condition.

Battle Creek Police Chief Jim Blocker said the injuries sustained by Jon and Robert during the altercation were superficial and not considered serious.

Sgt. Jim Martens, a detective with the Battle Creek Police Department, told reporters that the men will be formally arraigned when they are released from the hospital, which could be as soon as Thursday. Some time after the attempted robbery and subsequent shooting, authorities located a third individual, a 23-year-old male whom they are referring to as a person of interest.

Following the initial investigation, authorities determined that the shooting will likely be ruled self-defense. There was no indication of whether or not the suspects were armed.