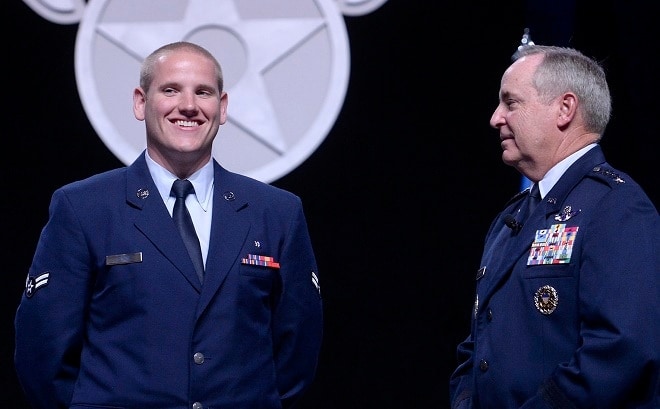 The Air Force has confirmed Airman 1st Class Spencer Stone, known for his actions during a terror attack in France, was stabbed Thursday morning in Sacramento.

“A1C Spencer Stone has been transported to a local hospital, and is currently being treated for injury,” Air Force spokesman Lt. Col. Christopher Karns said in an email to the Air Force Times. “The incident is currently under investigation by local law enforcement. He is currently in stable condition.”

Sacramento’s KCRA reported earlier today that a man, now believed to be Stone, was brutally attacked near 21st and K streets in downtown Sacramento around 12:45 a.m. and police are looking for a suspect.

Stone made headlines in August when, on vacation with his buddies, Aleksander Skarlatos and Anthony Sadler, he helped foil an attack by a terrorist now identified as Ayoub El-Khazzani, who was armed with an AK-47, handgun and six inch box cutter.

After that incident, for which he was later decorated by both the French and U.S. governments, Stone was hospitalized with severe injuries.