Kasich faults isolation, not guns, in Oregon shooting and others 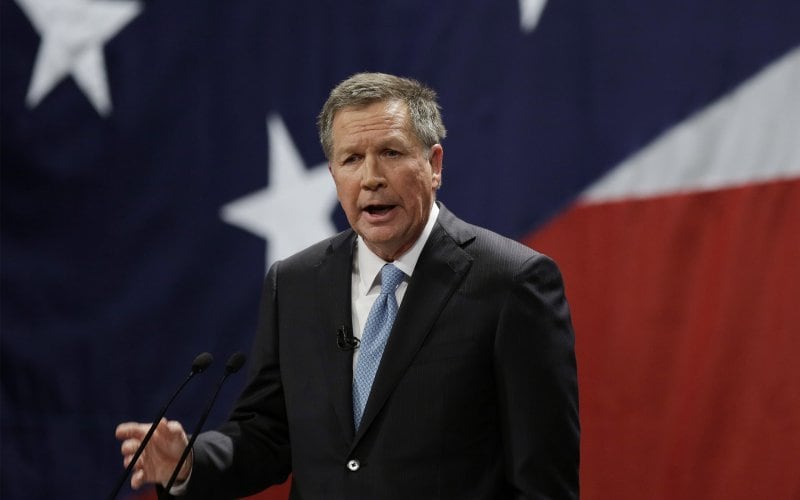 Republican presidential candidate and Ohio Gov. John Kasich spoke with CNN this week, saying background checks on private sales and at gun shows aren’t the answer to preventing mass shootings like the one that recently occurred at a community college in Oregon last week.

Instead, Kasich said, government needs to focus on caring for the mentally ill, like he’s done in Ohio. Before being interrupted by host Wolf Blitzer, Kasich started to say he thinks a good database is needed.

It’s unclear if Kasich was referring to a database of those prohibited from possessing firearms and unlikely he meant a national repository for information on current gun owners, which is a topic of contention among the Second Amendment crowd.

“Look, the problem is I don’t think the lack of gun laws, I think the problem is we have a society where people become increasingly isolated, they’ve become estranged, they have no family, they don’t have much community,” Kasich said. “This is kind of a breakdown in what we grew up with, Wolf, which was a community where we all cared about one another.”

Kasich then touted his record in Ohio regarding the caring for his mentally ill constituents, having increased Medicaid coverage in the state.

“It’s those kinds of things, because if you focus on the guns you’re missing the bigger picture, which is the fact that people have been isolated, estranged – and try to take away guns, I don’t think it’s going to solve this problem,” Kasich said.

Another issue pertaining to background checks that has received less media focus is the transferring of mental health records from states to the federal background check system. Recently dubbed the “Charleston loophole,” a gap in this state reporting – coupled with a mandate allowing a gun sale to proceed if the Federal Bureau of Investigation fails to complete a background check within three days – allowed for the shooter in that city to obtain firearms when he could have otherwise been prohibited.

According to data from gun control group Everytown for Gun Safety, Ohio has a poor record of reporting its mental health information to the federal background check system.

Kasich last year was in good standing with the National Rifle Association, having received an “A” from the gun lobby group. In 2010, the NRA gave Kasich a “B,” when as long ago as 1994 he received an “F” for his vote on a semi-automatic “assault weapons” ban following the fatal shooting of eight people in San Francisco the year before.

An October NBC News/Wall Street Journal poll show Kasich trailing the other major GOP candidates, while his approval rating in Ohio is at an all-time high, according to the latest Quinnipiac University poll released Thursday.