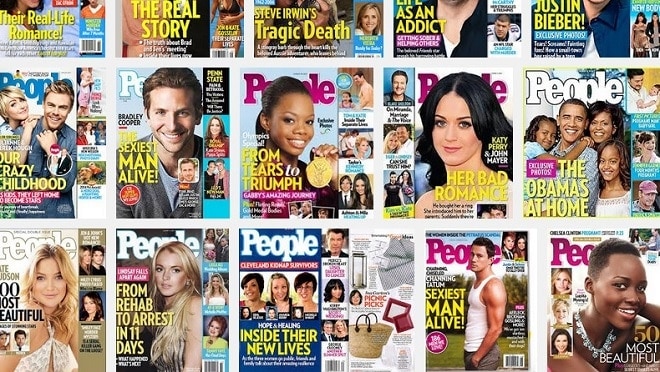 People magazine has their finger on the pulse of hard hitting issues. (Photo: Google Images capture)

Sandwiched between the latest gossip about Nick Jonas and George Clooney in this week’s People magazine is a call for action on gun laws.

The magazine, which even far left-leaning Mother Jones characterizes as being, “traditionally associated with celebrity gossip and general human interest stories that carry little risk of being offensive or overtly political,” has a readership of 3.5 million and decided to go edgy this week on the subject of gun violence.

“We need to know that our representatives in Washington, D.C., are looking for solutions and not giving up, and they need to know if we agree or disagree with their strategies,” wrote People‘s Editorial Director Jess Cagle above a list of all 535 voting members of the U.S. House and Senate. “Let’s make sure they know that from now on, ‘routine’ responses just won’t cut it.”

In other news this week, People reports that the Kate Hudson and Nick Jonas romance was “just a fling” as noted by unnamed sources and that Tom Cruise approves of daughter Isabella’s new husband, Max Parker.