Texas woman opens fire while being attacked by boyfriend's ex 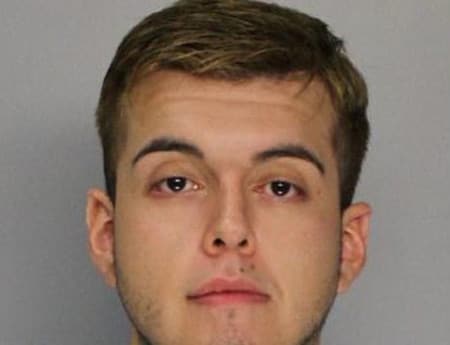 Richard Garza was arrested the day after the incident for suspicion of burglary and is being held on a $75,000 bond. (Photo: KIII TV)

A 23-year-old woman is not likely to face charges after she shot and killed a woman who brutally attacked her inside a Corpus Christi apartment last week.

Authorities received a call about a disturbance Oct. 2, around 7:30 p.m., but while officers were en route, the call was upgraded to a shooting, Corpus Christi Police wrote in its crime blotter.

Police said two individuals, 25-year old Richard Garza and 22-year old Hannah Renee Summerfield, showed up at an apartment occupied by 23-year old Tene Cloud at the time. The apartment was Cloud’s boyfriend, who was Summerfield’s ex-boyfriend. The relationship between Summerfield and Garza is unknown.

Summerfield told Cloud she was there to collect some of her belongings, and Cloud hesitantly let them in the apartment while she called her boyfriend to check that it was okay for Summerfield to be there. But while Cloud was still on the phone, the duo attacked her, and several residents at the complex said they witnessed the brutal assault unfold.

“You could hear everything. The door was wide-open,” Jay Lee, who lives next door, told the Caller Times.

Then Summerfield jumped in.

Salinas said he was going to help Cloud, but eventually decided he and his wife just needed to get out of there. It wasn’t until later that Salinas learned Summerfield was shot.

As the assault continued – with Cloud’s boyfriend still on the phone in the background – Cloud was able to retrieve a gun and fired three shots, one of which struck Summerfield in the head. Garza fled from the scene, and Summerfield was transported to the hospital, where she was later died.

Authorities questioned Cloud, but believe she acted in self-defense and is not likely to face charges. Nonetheless, Cloud is still dealing with the fact that she took another person’s life.

“In my eyes nobody deserves to die,” Cloud told reporters Sunday. “They were going to kill me. I had to defend my life.”

She said she wants Summerfield’s family to know that she is sorry.