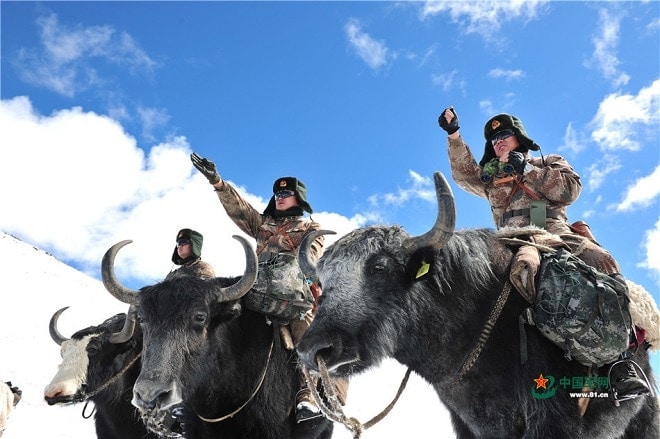 The amount of trim these guys must get is incredible. 100% swagger right here.

The Xinjiang Military Region border regiment patrol the Pamir mountain range and the report says that yaks are the only means of transportation available in the area at altitudes above 13,000 feet.  The area the yakmen roam is called “Death Valley” and the “Blood-Stained Path” which probably sounds nicer in Chinese.

A truth about military service worldwide is that you have to work with some pretty sketchy gear sometimes, but yaks? And seriously, who is going to fight you in the Pamir mountains at 13,000 feet?

Although their webgear and kit looks mad cheap, (almost like its made in China airsoft stuff, right?) you have to admit those leather Type 59 holsters and sweet folding-stocked Type 81s are pretty fly. 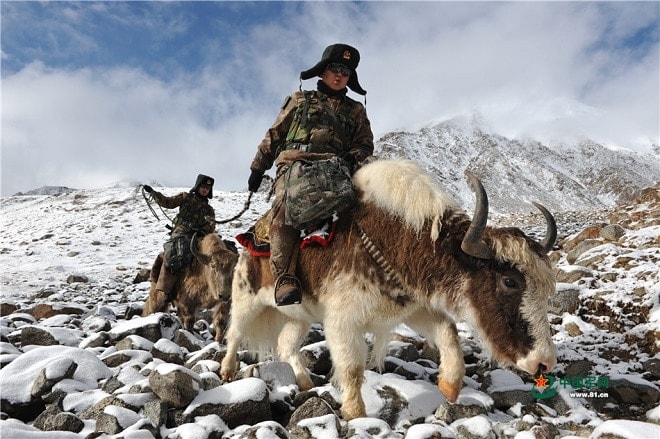 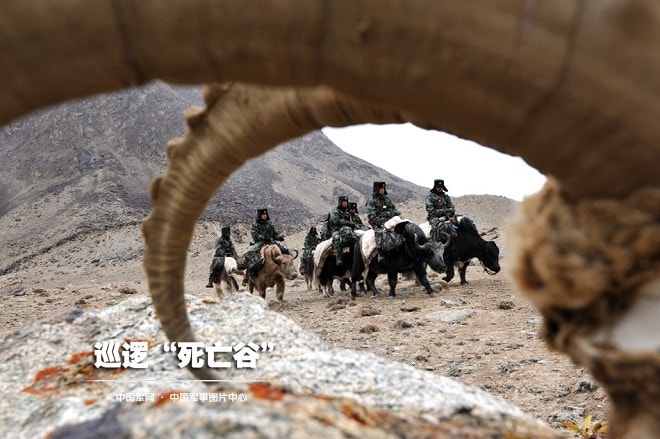 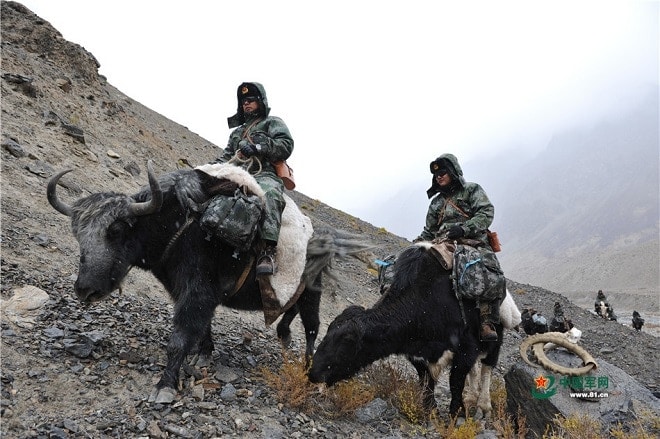 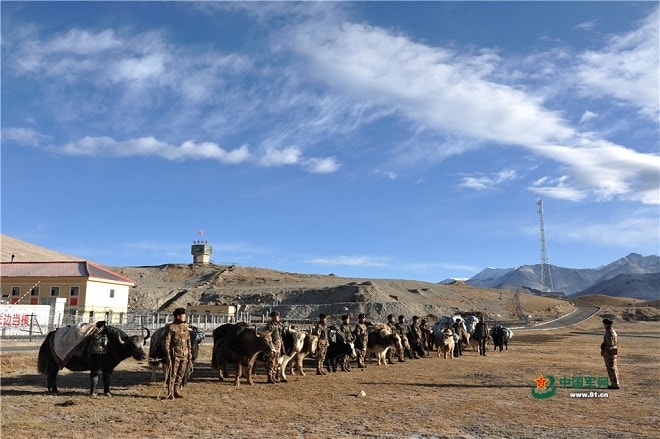 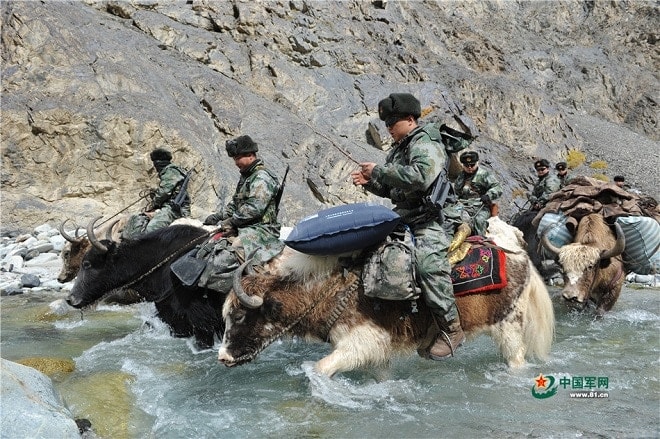 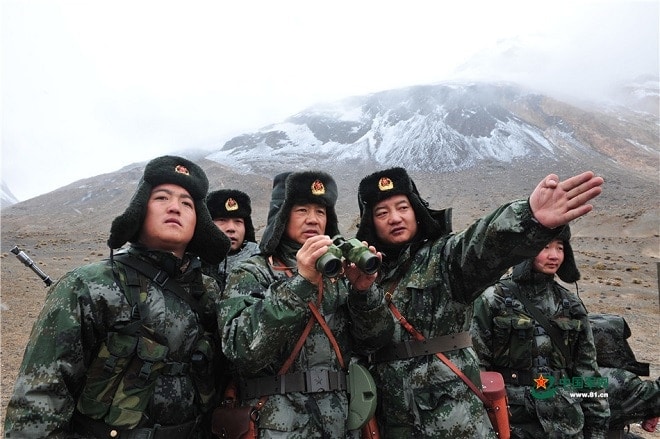 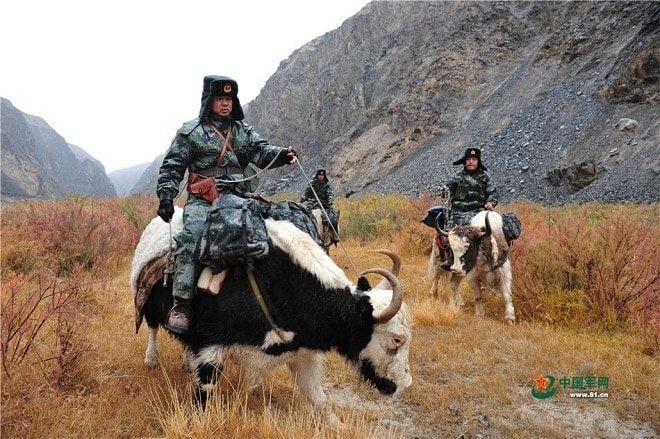 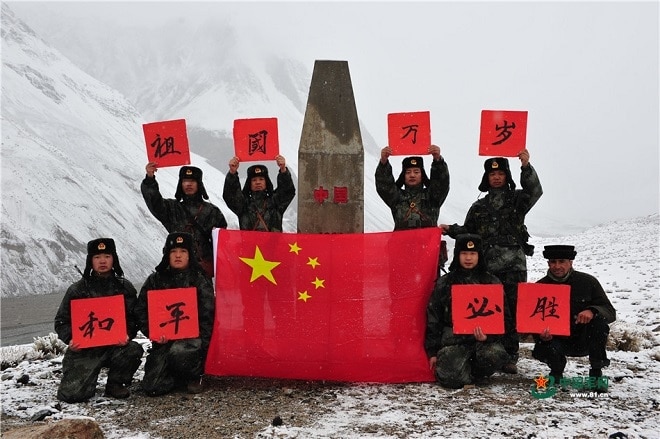