First Democratic presidential debate should be heavy on guns 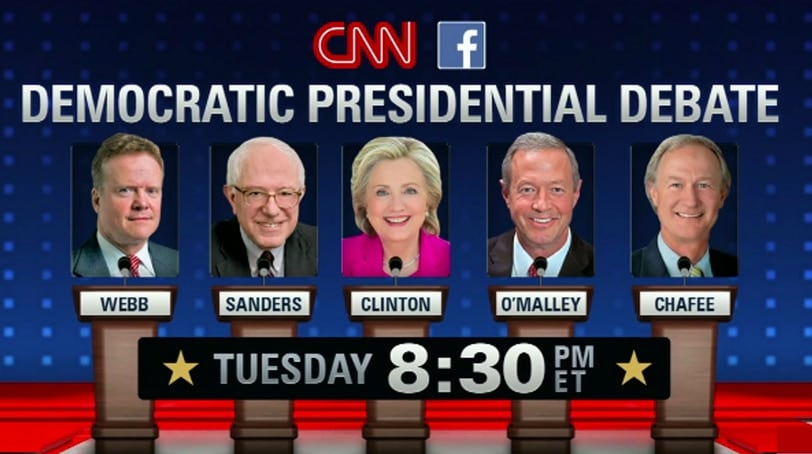 The first round of Democratic debates for the 2016 presidential election, hosted by CNN, airs Tuesday night and viewers should expect to hear talking points on guns and likely on gun control.

Frontrunner Hillary Clinton, who will be taking center podium 8:30 p.m. Eastern time, has been lambasting the National Rifle Association, saying it represents gun manufacturers and called on gun owners to “form another organization and take back the Second Amendment from these extremists.”

Clinton’s remarks were similar to those made by President Obama following a fatal mass shooting at an Oregon community college earlier this month.

The president called on gun owners to question the gun lobby, which has been successful in stymying gun control efforts in Washington and on the state level for years.

“Think about whether your views are properly being represented by the organization that suggests it is speaking for you,” Obama said.

Though the president didn’t name the NRA during his Oct. 1 address to the nation, he did call the gun lobby group a “challenge” in an interview with 60 Minutes on Sunday, saying it is a “single-issue” voter that’s “very well financed.”

Clinton last week vowed to push through gun control measures – by executive action if necessary – should she win the presidency.

Those measures included closing the gun show loophole and repealing a law protecting gun manufacturers from liability should their products be used in the commission of a crime.

Fellow Democratic presidential hopeful Bernie Sanders, who will join the debate dais to Clinton’s right, voted in favor of that 2005 Protection of Lawful Commerce in Arms Act, a move he’s consistently defended.

“If somebody has a gun and it falls into the hands of a murderer and that murderer kills somebody with the gun do you hold the gun manufacturer responsible? Not anymore than you would hold a hammer company responsible if somebody beat somebody over the head with a hammer. That is not what a lawsuit should be about,” Sanders said in July.

O’Malley, you may remember, last month vowed to take on the same gun manufacturer shield law he said was heavily backed by the NRA “flexing their political muscle to protect special interests.”

Webb, who received an “A” rating from the NRA, has voted in favor of laws allowing for national concealed carry reciprocity, allowing loaded guns in national parks and voted to defund a bill seeking to decrease gun ownership.