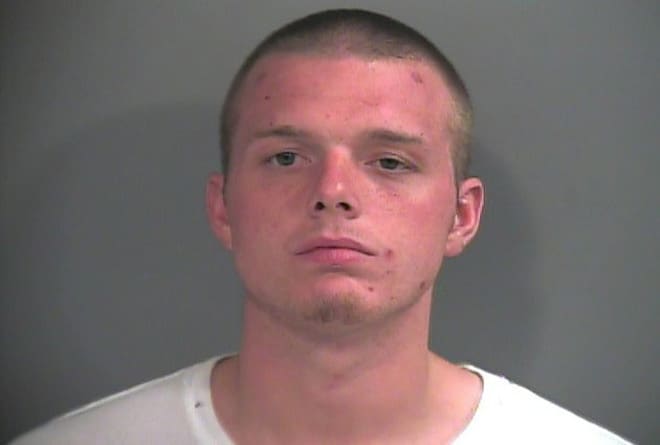 A homeless man in Fayetteville, Arkansas, said he was only joking around when he posed as a police officer last week and attempted to rob a guy, who ended up needing medical attention after the frightening ordeal. But the victim – and authorities – didn’t find the joke too funny.

Police say Justin Larson, 25, approached the bicycle-riding victim outside of an E-Z Mart just before noon and ordered the individual to stand up against a wall, with his hands behind his back, “in typical police fashion.” Larson then rummaged through the man’s backpack, but apparently decided there was nothing in the pack worth taking. Larson let the man go and – other than the “medical emergency” – he was otherwise unharmed.

Larson fled the scene in a black Chevy S-10 Blazer, but was located about two hours later at a shopping mall. He was subsequently arrested and charged with attempted robbery and second-degree false imprisonment. And apparently this wasn’t Larson’s first run-in with the law or attempt at impersonation either. According to police, he has a criminal history that includes public intoxication, second-degree forgery, aggravated robbery, property theft, and criminal impersonation.