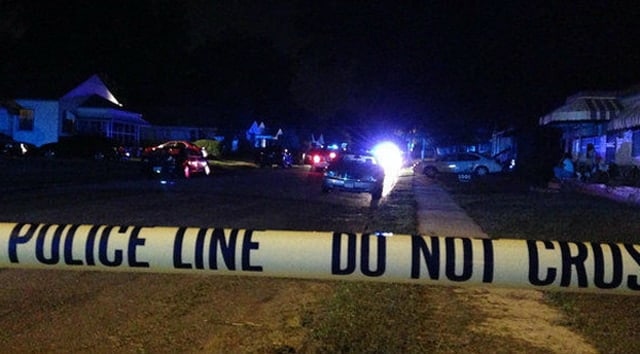 According to FBI statistics, Birmingham ranks number 5 for violent crime, property crime and overall crime among large cities in the U.S. (Photo: AL.com)

The city of Birmingham will receive $294,867 over the next two years in the form of grants aimed at reducing gun crimes and gang violence, the U.S. Department of Justice announced in a release Thursday.

The endeavor is part of a federal program called Project Safe Neighborhoods and will be a collective effort of many entities, including the Birmingham Police Department and The Alabama Board of Pardons and Paroles, as well as the mayor’s office, the Better Basics literacy program, and The Dannon Project, a non-profit organization with a mission to help “restore lives through providing supportive assistance.”

A researcher from the University of Alabama at Birmingham will analyze crime data to determine high-crime hotspots and hubs for gang activity. The grant, which was issued last month, will also be used for further training law enforcement and adding an increased police presence in high-crime neighborhoods. Greater supervision, as well as better support systems, will be provided for parolees considered high risk for becoming involved in gun crimes and gang activity. In addition to parolees, the effort will also focus on literacy programs for at-risk youth living in high-crime areas.

“This grant is another strategic tool to assist us in improving public safety in our neighborhoods,” said Birmingham police Chief A.C. Roper. “It will not only enhance our enforcement efforts but also impact the other socioeconomic issues that affect crime.”

U.S. Attorney Joyce White Vance pointed out that the effectiveness of the program is dependent on the efforts of many working together for a common goal.

“Law enforcement alone will not solve the problem of violent crime,” Vance said. “This DOJ grant will support the multi-faceted approach necessary to fight the crime and to fight the deficits in education and support services that lead new generations into crime and lead those who have served their time in prison to return to crime.”

Birmingham Mayor William A. Bell Sr. agreed that the program has the potential to make the city safer with inter-agency support, which he called the “key to allowing the city to really make great strides in making street-level changes that impact us all.”