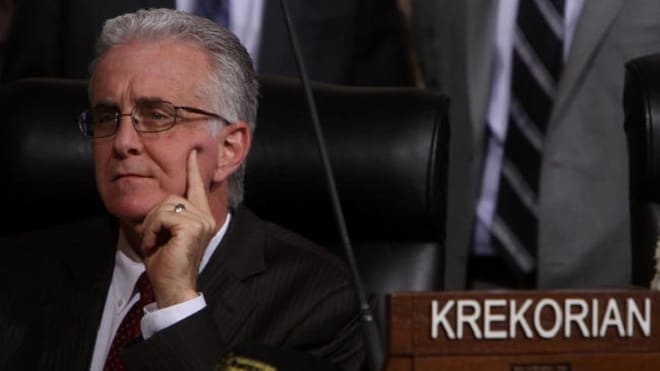 Citing a recent move by Seattle, Washington, as an example to emulate, two LA City Council members are proposing to bring a tax on every gun and bullet sold to the city.

Introduced earlier this month by Los Angeles City Councilmen Paul Koretz and Paul Krekorian, known for backing a number of gun control ordinances in recent years, the measure seeks to repeat a similar law passed in Seattle that adds $25 to each gun sales and between 2 and 5 cents to each round of ammunition depending on type.

“While taxing the sales of firearms and ammunition will not prevent gun violence on its own, funding gun violence prevention programs could prove to be an initial step in creating a larger policy to save lives throughout the City and the nation as a whole,” reads the filing by the Krekorian and Koretz. “With the majority of gun related deaths being suicide or a combination of homicide and suicide, prevention programs may be able to reach those contemplating such measures.”

In recent years, Krekorian has been the primary backer of legislation to track ammunition sales, bring a mandatory gun lock law that is opposed by police unions and a confiscatory ban on grandfathered detachable magazines capable of holding 10 or more rounds of ammunition.

The latest proposal, Council File 15-1188, orders the City Administrative Officer to report to the council with an estimation of how many businesses would be impacted in the city by the proposed tax as well as the potential amount of new tax revenue garnered from gun and ammo buyers. Next, it requires the Los Angeles Police Department to report on other cities who have applied similar taxes and compare their gun violence statistics to LA’s.

In addition to the same tax structure as Seattle’s new law, the one proposed for the City of Angels would require that gun owners report lost or stolen firearms to police.

The Seattle ordinance, proposed in July is estimated to bring $500,000 into city coffers to help fund gun violence research. Passed with the unanimous approval of the City Council despite warnings of a lawsuit from gun industry groups, the tax was signed into law by Seattle Mayor Ed Murray in September.

“Imposing this tax is akin to taxing licensed pharmacies to combat a heroin epidemic,” wrote Lawrence Keane, senior vice president and general counsel of the National Shooting Sports Foundation, to Murray at the time, urging the Mayor to refuse the proposed ordinance.

Keeping true to their word, the NSSF, National Rifle Association and Second Amendment Foundation joined forces days after the law was signed in an unprecedented effort to take the city of Seattle to court.

SAF President Alan Gottlieb told Guns.com on Sunday the move by LA is further example of why the gun rights groups banded together to stop such taxes in Seattle.

“That is why the Second Amendment Foundation, National Rifle Association and National Shooting Sports Foundation suit against the city of Seattle’s gun tax scheme is so important,” said Gottlieb. “We must nip this in the bud.”

Gottlieb explained that, while the push right now is on the West Coast, the origins of the move to add increased taxes to guns and ammo is coming from New York.

“This city gun and ammunition tax scheme is being pushed nationally by the Bloomberg billionaire gun ban lobby,” he said. “They plan on using these tax funds to attack our gun rights with. That way they can use our own money against us and they don’t have to spend their own billions. We are going to see them push this in every major city that is controlled by anti-gun rights politicians who are part of the Bloomberg blitzkrieg.”

The reports from the LAPD and City Administrative Officer are expected back with the council in coming weeks.