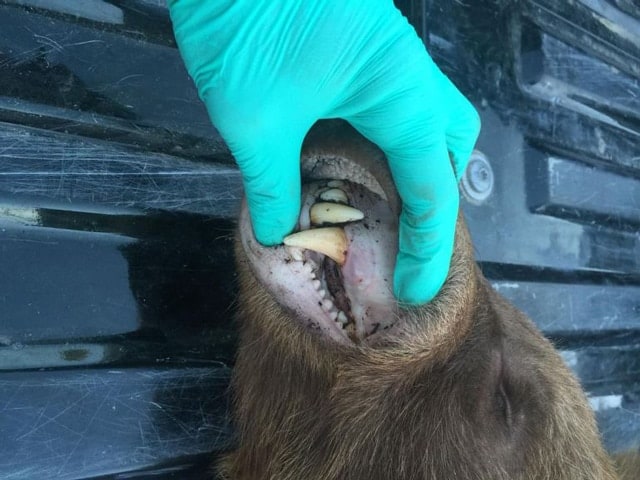 While on a rafting and hunting trip with two friends in Idaho, a 29-year-old man awakened early Friday morning to a black bear biting his head.

Fourteen days into the 16-day trip, Stephen Vouch, Bobby Boyd, and Chris Campbell put in 13 miles rafting on the Sheep Creek before turning in for bed around 10:30 p.m. But around 2 a.m., Vouch woke up as a 227-pound, five and a half-foot bear was sinking his canines into Vouch’s head.

Moments later, everyone was awake after hearing Vouch scream. The bear then stood up over Vouch, “huffing and puffing,” before one of his friends grabbed a .45-caliber handgun and shot the animal from about a foot away. The bear ran off and climbed into a tree nearby before Vouch grabbed his own gun and shot the bear for a second and final time.

The bear died, and with the help of his friends, Vouch got his wounds all cleaned up. Although the bear sunk his teeth into Vouch’s head, the animal only punctured the skin and did not tear his scalp. After skinning and beheading the bear, the trio went on their way, rafting down the river.

The men turned the bear’s skin and head over to the Idaho Department of Fish and Game and it was tested for rabies, which came back negative. 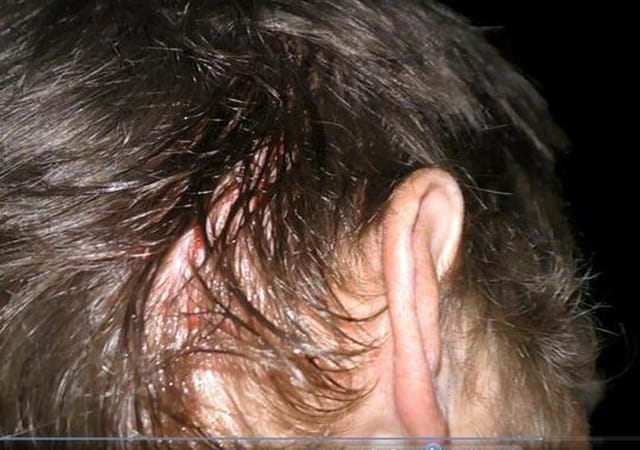