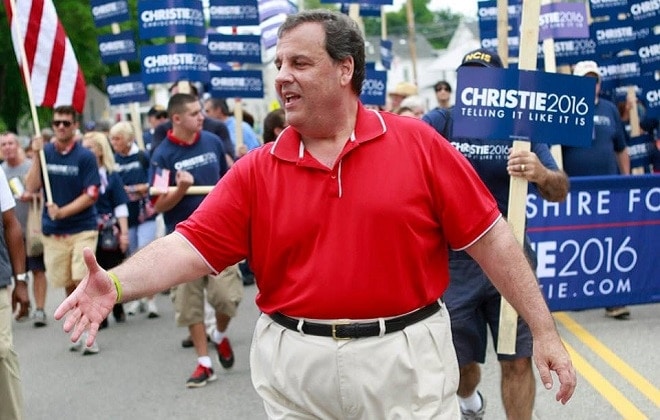 While Christie is on the campaign trail, the head Democrat in the state senate is ready to send state police on a hunt for missing senators in preparation for a veto override vote. (Photo: Facebook)

Top New Jersey Democrats vow to have state police round up absent lawmakers for another attempt at overriding a Gov. Chris Christie gun control bill veto.

State Senate Majority Leader Steve Sweeney, D-Gloucester, wants all 40 state senators on deck for a second chance at steamrolling a veto override past the governor’s office. For the 52nd time since 2010, New Jersey lawmakers were unable to garner enough votes to erase Christie’s veto ink when they came up short last month in an effort to push a once widely supported anti-gun bill through.

Now Sweeney wants all lawmakers present, and on record, for the next turn at bat – even if that means sending the Senate Sergeant at Arms with state troopers in tow to escort absent senators to the session.

“We’ll go get them. No one is going to run from this,” said Sweeney. “If you’re going to vote against it and try to explain it to your constituents, fine. But you’re going to stand up and vote one way or another.”

The bill that has become a political line in the sand, S 2360, will require individuals looking to erase old mental records so that they could legally purchase firearms to first advise the Attorney General’s office, local county prosecutor, and state and local law enforcement of their efforts. Currently, law enforcement is not involved in the expungement process.

Christie torpedoed the bipartisan proposal in August, saying, “I cannot endorse a continued path of patchwork proposals and fragmented statutes that add further confusion to an already cumbersome area of law.”

The Governor returned the measure to the Senate with instructions to rework it and include what he called “real reform.”

Instead of working in Christie’s list of suggestions, lawmakers pressed with an override vote. However, when Sweeney and fellow Democrats tried to fall back on the Republicans that initially backed the measure, GOP support evaporated and only two crossed the aisle to cast their lots against a top executive who is in the hunt for the 2016 presidential nomination.

Turning the tables, it’s the quest for higher office that Christie says is the real reason for Sweeney’s tenacious drive to pass S 2360, which is comparatively tame compared to other gun control efforts backed by the state legislature in recent sessions.

“Right now, he’s too interested in running for governor and less interested in actually getting something done,” said Christie this week, as reported by NJ.com.

“Steve can threaten whatever Steve wants to threaten. I understand his frustration of never having been able to override a veto, and I don’t know what he’s going to do if he ever does override one,” said Christie. “I wish he’d try to pick something that matters.”

The veto override attempt is scheduled for Oct. 22.