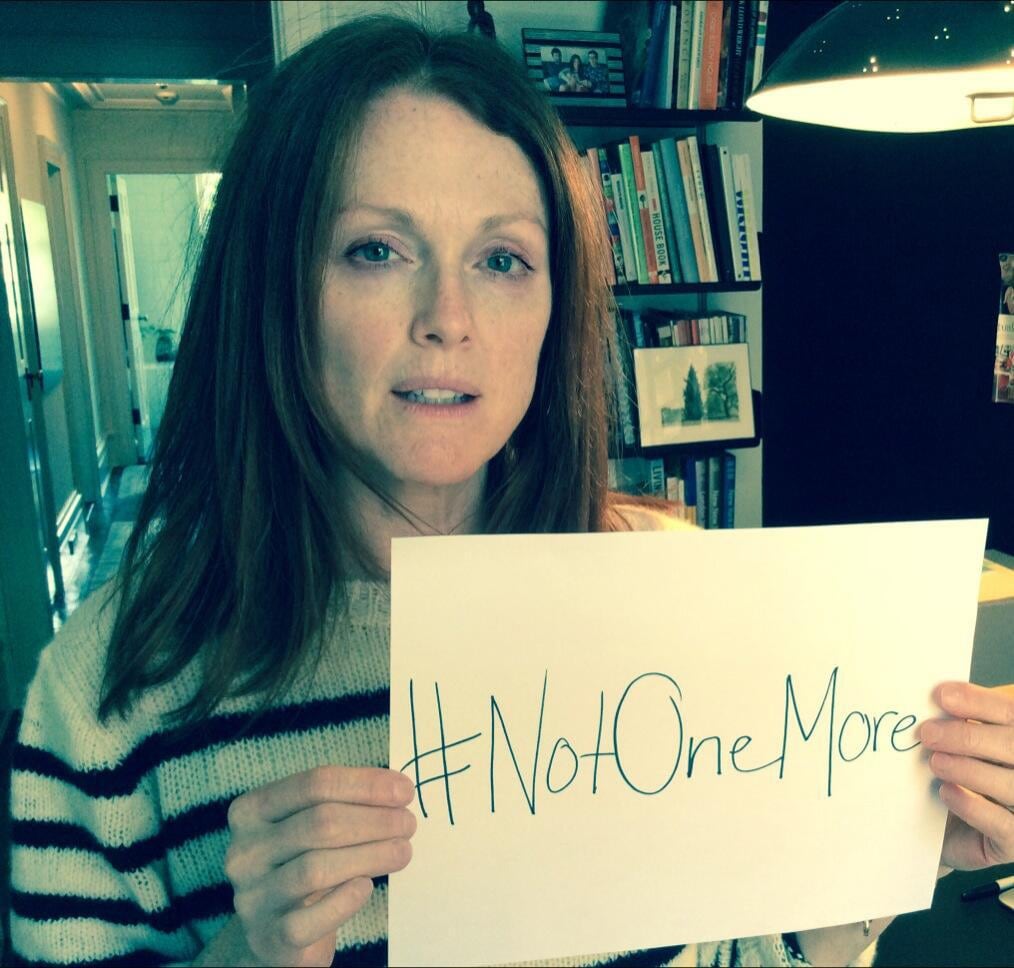 Julianne Moore spreads the message #NotOneMore, which was a statement used by a father whose son was murdered during a murder spree in Santa Barbara in 2014.

Oscar-winning actress Julianne Moore along with 80 other celebrities launched a creative council under the group Everytown for Gun Safety on Tuesday to “harness the power of the creative community to help amplify the gun violence prevention movement.”

Moore, who won an Academy Award for her role in Still Alice and has starred in popular films like Boogie Nights and The Hunger Games franchise, will chair Everytown Creative Council.

The group plans to use its “collective reach and cultural influence” to support measures that address gun violence around the country.

“We do not believe that the 2nd Amendment and gun safety are mutually exclusive ideas, and as a creative community, we will do everything we can to support the safety of our fellow Americans, and galvanize more to join us in this movement,” Moore said in press materials.

In an interview with People magazine, Moore equates gun safety with strives that have been made in the automobile industry.

“For cars, you have to have training and you have to have a license, and you wear seat belts and we have airbags and we have all of these things in place that have reduced fatalities unbelievably,” she said. “And it was a totally unregulated industry at first. I feel like something that is very sensible and straight forward can be done also with guns.”

On Everytown’s website, the Creative Council lists core principles that could prevent Americans from getting hurt or killed by guns. Those include: keeping guns out of the hands of dangerous people; storing guns safely; and that everyone plays a role in reducing gun violence.

The Creative Council will also aid Everytown to recruit more people, which the gun control advocacy group says has more than 3 million supporters.