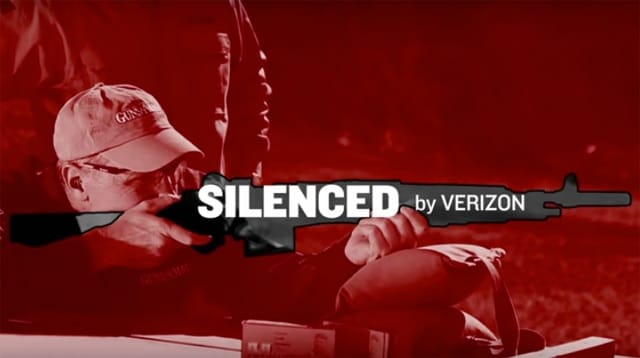 The Sportsman Channel launched an ad protesting Verizon’s decision not to renew contracts with the network.

The National Rifle Association issued a statement to its members last week saying that the Verizon FiOS TV service dropped channels that air NRA- and NRA-sponsored shows for political reasons, not financial ones like the cable provider said.

“The message is clear: if you differ in opinion about certain issues and lifestyle choices, Verizon doesn’t want your business. Would Verizon feel the same way if outdoor lifestyle and shooting enthusiasts decided to take similar actions against the company’s phone and Internet services?” the NRA Institute for Legislative Action said in the statement on Oct. 9 and encouraged members, who are FiOS TV subscribers, to demand Verizon restore the channels or cancel their subscriptions.

Verizon’s FiOS service offers high-speed Internet and TV bundles through a fiber-optic network in 13 states, but has been getting slammed lately by critics for slow service. In a statement to subscribers obtained by Multichannel News, the service said it dropped the networks to keep service prices low.

“Each year, the cost of content increases substantially, and in order to prevent those costs from being reflected on your bill, it is sometimes necessary to remove channels from our lineup,” Verizon said. It opted not to renew contracts with Outdoor Channel on Oct. 1 and said it did dropped Sportsman Channel on Sept. 1 due to low viewership.

The networks were part of an $11.99 sports package deal. According to an estimation by the Nielsen Company in July, both Outdoor Channel and Sportsman Channel each reached roughly 35,000 homes in the U.S.

Chief Executive Officer and President of Outdoor Sportsman Group Networks, Jim Liberatore, said the network’s partners, advocates and viewers are “very disappointed” with Verizon’s actions. “It should concern all Americans that one company can silence the only relevant voice of an entire industry with the flip of a switch,” he said.

Both Outdoor Channel and its sistered network Sportsman Channel have been rallying viewers to action to pressure Verizon into reversing its decision. Together they host a protest website, KeepMyOutDoorTV.com, to bring attention to the matter and direct customers to other service options.

NRA board member and musician Ted Nugent, who hosts “Spirit of the Wild” on Sportsman Channel and has hosted other shows on both networks, also raised concerns over the issue in an interview with The Blaze in September in which he blamed “political correctness against hunting” for the drop.

“We have been the number one show on Outdoor Channel all these years because we are down to Earth, we don’t play games, we don’t apologize,” said Nugent. “I like killing stuff to feed my family. It’s pure organic free-range protein. It’s so perfect I can hardly stand myself.”