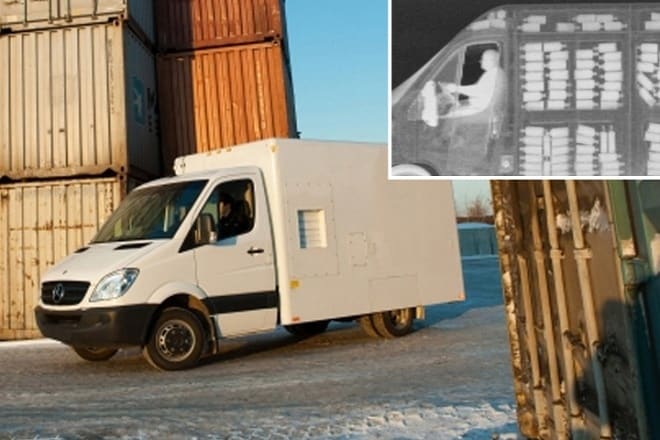 Just how many vans the NYPD has, and how they are used is a closely guarded secret. (Photo: NY Post)

Through its unmarked Z Backscatter Vans, the New York Police Department has a free mobile x-ray service so undercover that you have to feel it to believe it.

“People should be informed if military grade x-ray vans are damaging their health with radiation or peering inside their homes or cars,” said New York Civil Liberties Union Executive Director Donna Lieberman. “New Yorkers have a right to protect their health, welfare and privacy.”

With the NYCLU pushing Police Commissioner Bill Bratton on the issue of how, where and why the vans, which can scan through vehicles on city streets are used, the commish is crawfishing.

“They’re not used to scan people for weapons,” Bratton says. “The devices we have, the vehicles if you will, are all used lawfully and if the ACLU and others don’t think that’s the case, we’ll see them in court — where they’ll lose! At this time and the nature of what’s going on in the world, that concern of theirs is unfounded.”

Even in the face of possible litigation seeking the records of the NYPD’s van usage, Bratton is clamming up altogether.

“Those are issues I’d prefer not to divulge to the public at this time,” Bratton said. “I will not talk about anything at all about this — it falls into the range of security and counter-terrorism activity that we engage in.”

According to the company’s website, the mobile ZBVs can scan on the go, though have to do it at speeds of 6 m.p.h or less, and its quick-to-read images can reveal anything from explosives and firearms to cigarettes and alcohol, finding them in 95 percent of cases.

Below is a ZBV commercial showing off some of its neato-vision capabilities. “Because security threats can come at you from anywhere, your screening system should be able to go anywhere.”