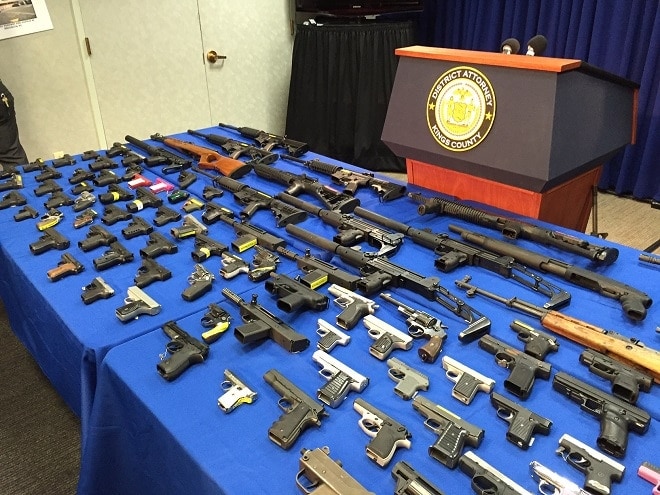 It seems impressive from a distance. But it only seems that way. (Photo: NYPD)

Authorities in New York bought $130,000 in guns off from an illegal dealer in a Walgreens parking lot over a one year period. Want to see what they got?

As part of the press kit for the take down of eight defendants charged in a 541-inditement Wednesday, authorities released a series of photos of the 112 guns bought from one Michael Bassier, 31, of 1487 East 96th Street, in Canarsie, Brooklyn.

Here is the description from NYPD:

And below are the photos.

While we haven’t crunched the numbers, it looks like the City took a bath on their buys, which average out to about $1,200 spent per gun.

Of course, when your overhead includes Chinatown busses, lookouts, straw buyer smurfs and burner phones by the case, you have certain cost overruns.

Oh, and don’t get excited about the “suppressed UZIs” either. They are Walther/Umarex MP .22 caliber clones with fake cans. 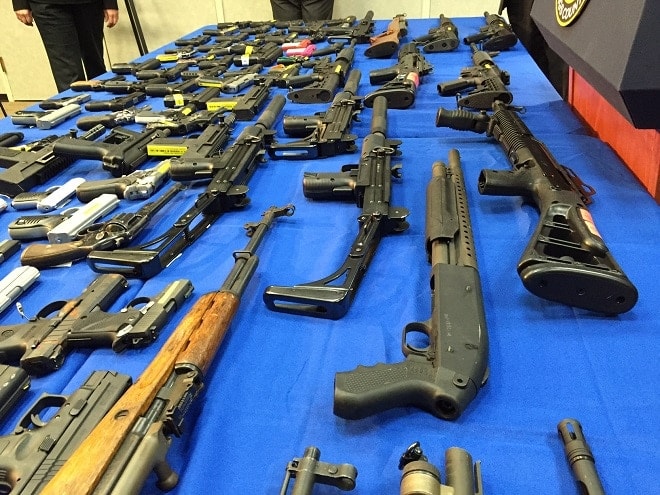 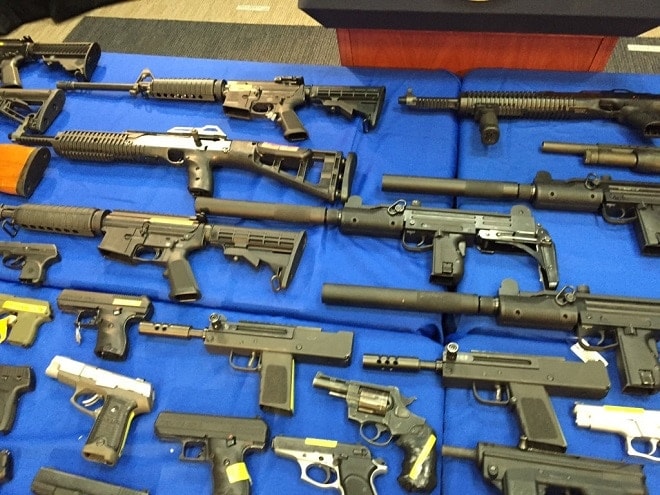 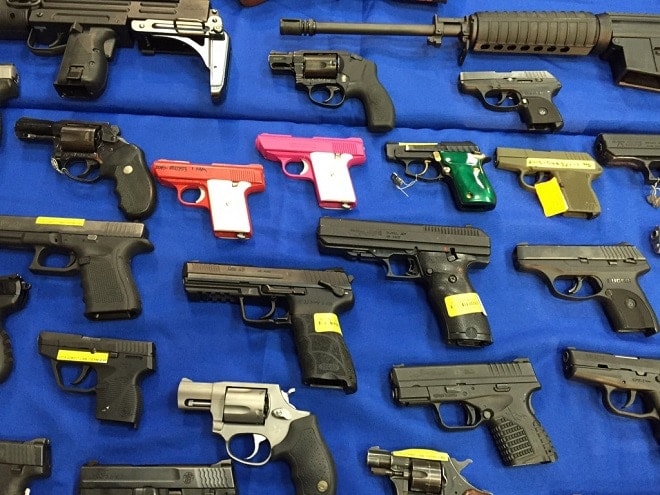 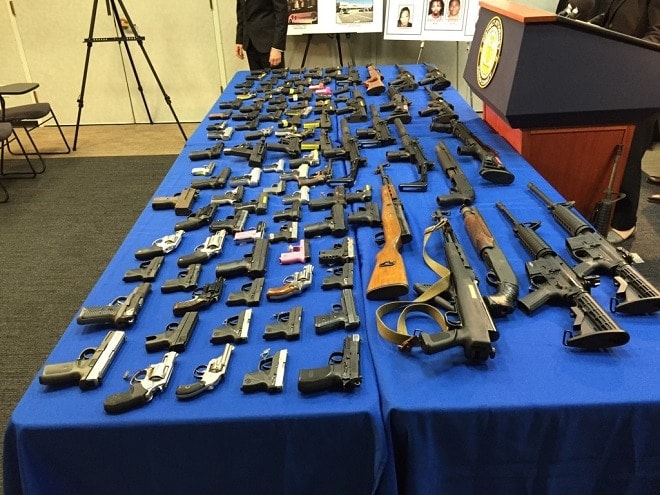 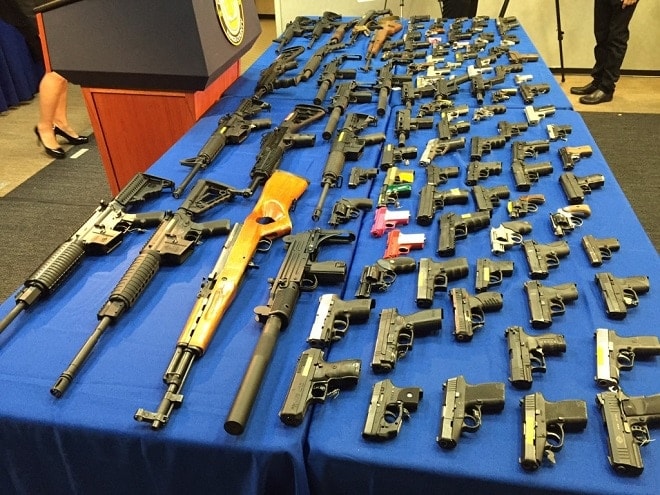