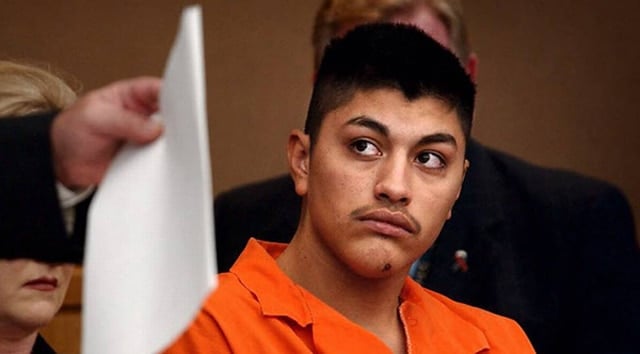 In October 2002, Licho Escamilla reacted to his death sentence by throwing a pitcher of water at the jury. (Photo: The Dallas Morning News)

After spending more than a decade on death row, a 33-year-old man was put to death by lethal injection at a Huntsville, Texas, prison Wednesday evening for the 2001 murder of a Dallas police officer.

Licho Escamilla was pronounced dead at 6:31 p.m., 18 minutes after the injection was administered. In his last breaths, Escamilla turned to the murdered officer’s daughter and said, “God bless your heart” through a glass window, The Dallas Morning News reported. He then looked at his own family, who was also sitting on the other side of the glass but in a separate room, and expressed his love for them and all of those who stood beside him.

“They will have to take that up with God,” he added. “Let everyone know it’s not over.”

As Escamilla drew his last breaths, his sister could be heard pleading with God not to take him, while the rumbling of motorcycle engines, coming from those who supported the execution, outside of the prison could also be heard.

“It’s been a long time waiting for justice to be served,” Kevin Janse, a family spokesman, said in a statement following the execution, which was the country’s 24th this year, exactly half of which occurred in the state of Texas.

Escamilla was convicted of fatally shooting Christopher Kevin James, 34, in November 2001 when Escamilla was just 19-years-old. James, an officer with the Dallas Police Department, was off-duty and working a second job as security at a club when Escamilla, who already had a warrant out for his arrest for killing his neighbor three weeks prior, became involved in a brawl outside of the establishment. 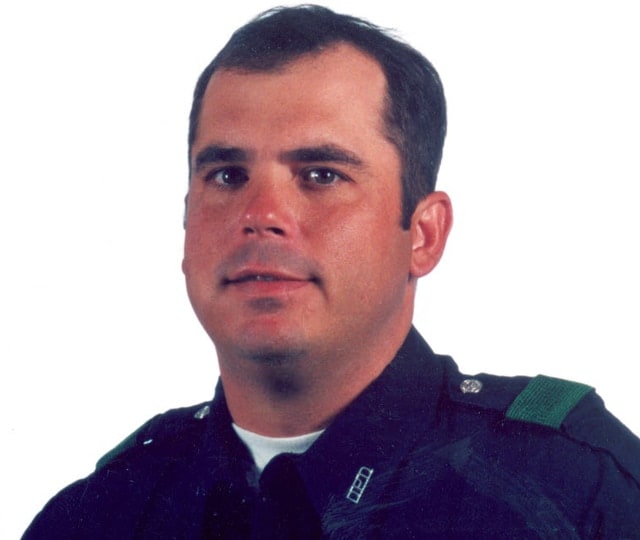 Christopher Kevin James was working a second job to purchase a house for his family when he was shot and killed. (Photo: The Dallas Morning News)

As James and three other off-duty officers working security attempted to defuse the situation, Escamilla pulled out a semi-automatic 9mm handgun and opened fire on the officers, striking James twice and knocking him to the ground. Reports indicate that Escamilla then walked over to James and calmly fired three additional rounds into the back of James’ skull. A shootout between Escamilla and the remaining officers ensued before Escamilla fled from the scene after wounding another officer.

Escamilla, who was also injured during the incident, was found and arrested a short time later while trying to carjack a truck. While being treated by emergency medical technicians after he was placed in police custody, Escamilla was said to have been bragging to the EMTs that he would be out of jail in 48 hours even though he just killed a cop and injured another.

But Escamilla wasn’t released that soon and, in fact, spent the remainder of his life behind bars. Close to a year after he killed James, in October 2002, Escamilla was sentenced to death, to which he reacted by throwing a pitcher of water at the jury and assaulting people in the courtroom. Escamilla, who was wearing an electronic stun belt, was eventually subdued when deputies activated the device.