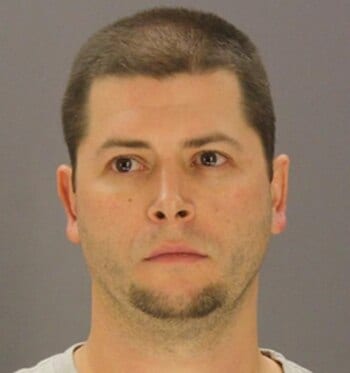 A 34-year-old man is in policy custody and recovering from a gunshot wound he sustained Sunday night while attacking his 81-year-old grandfather at the grandfather’s home in Mesquite, Texas.

Authorities said Michael Ashley Holley, 34, pulled a knife on his grandfather, Norman Holley, and attempted to assault him, prompting Norman to fire at Michael, who was struck an unknown number of times, local media reported.

When authorities arrived around 11 p.m., Michael was transported to the hospital, treated and released into police custody. His injuries are not considered to be life-threatening.

Police did not indicate whether Norman was injured, but it wasn’t the first time Michael attacked his grandfather. In fact, Michael was arrested in February after he held Norman against his will, forced him into a chair and cut him with a knife. Michael pleaded guilty to the charges and was sentenced to five years of probation, but that could soon change.

Following this week’s incident, Michael was charged with aggravated assault with a deadly weapon, adding to a long rap sheet of offenses spanning back for more than a decade and costing him in excess of $11,000 in fines. Michael has been arrested 10 times over the last 14 years, which started with possession of a controlled substance in 2001. He has since been convicted on multiple DWI’s, as well as aggravated assault, harassment and theft of a firearm.

With the latest charges, Michael, who is currently on probation for at least the third time, is likely to face jail time, but no charges are expected to be filed against Norman.

“I think it is a clear-cut case of self-defense,” said Sgt. Joe Smith, spokesman for the Mesquite Police Department.