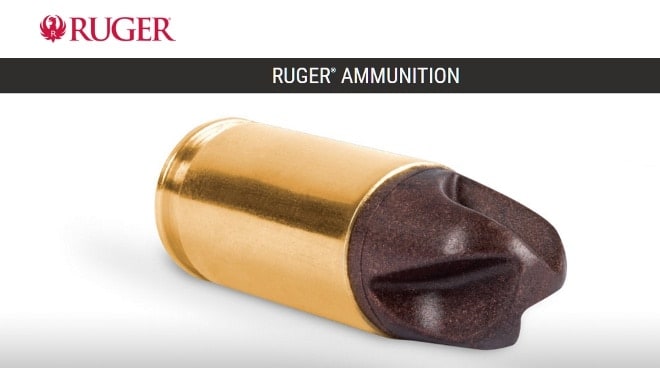 Sturm, Ruger & Company has partnered with PolyCase Ammunition to make new Ruger-branded self-defense ammo. PolyCase is a newer name in the ammo business with a radical approach in their design. Ruger calls it “revolutionary.”

This is a great endorsement for PolyCase. People can be skeptical of new products, especial self-defense products that deviate from the norm. Ruger backing PolyCase says a lot about the ARX projectile and it’s effectiveness.

“We were impressed by the innovations PolyCase has developed and incorporated into the ARX bullet technology,” said Mike Fifer, Ruger’s chief executive officer. PolyCase ammo is made for self-defense and loaded for popular semi-auto handgun cartridges.

Ruger is debuting with PolyCase loads in .380 and .45 ACP with 9mm Luger and .40 S&W to follow. All use PolyCase’s ARX bullet composed of a copper-polymer blend. 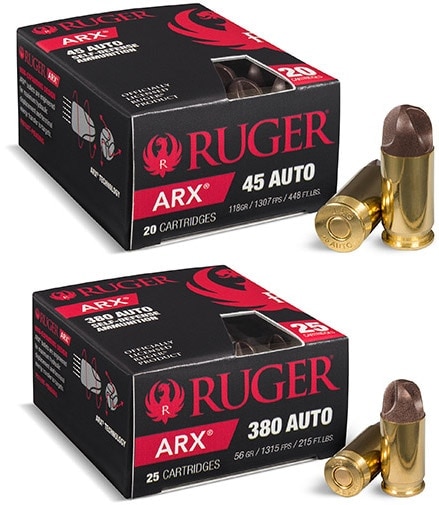 PolyCase casts copper bullets in a polymer matrix. They’re solid bullets designed not to expand, but to cut as they penetrate their target. Three vanes are molded into each bullet and the vanes push material outward as it pushes through it, the way an ax splits a log. This creates a large wound channel without the need for a wider projectile.

There are several advantages to the design, one of the biggest being that it’s not a hollow-point. Hollow-point rounds can snag on feed ramps and lead to reliability issues with some semi-automatic handguns. The ammo is lead-free and can be purchased and used where lead-core ammunition or hollow-point ammunition is restricted.

Because the bullets don’t need to expand they don’t deform as much when passing through barriers and can’t clog like hollow-points. The cast bullets are also on the light side compared to conventional bullets, loaded at higher velocities. This means less recoil across the board.

Ruger tested this ammo and found it to meet its standards too, even though it’s new and unconventional. “We are excited that Ruger shares our vision for this technology and look forward to providing highly effective, innovative ammunition technologies to the defensive and commercial sporting markets for years to come,” said Paul Lemke, CEO and Founder of PolyCase Ammunition.

PolyCase manufactures several lines of ammunition in addition to the ARX-based rounds. They also make round nose ammo for plinking that’s less likely to ricochet than all-metal ammo as well as daytime-visible tracer rounds.

Still, even with Ruger’s blessing not everyone will be sold on this new kind of ammunition. This is still good news because the more companies making ammo and ammo components the better. This ammo is green, unrestricted, and backed by Ruger — everybody wins.