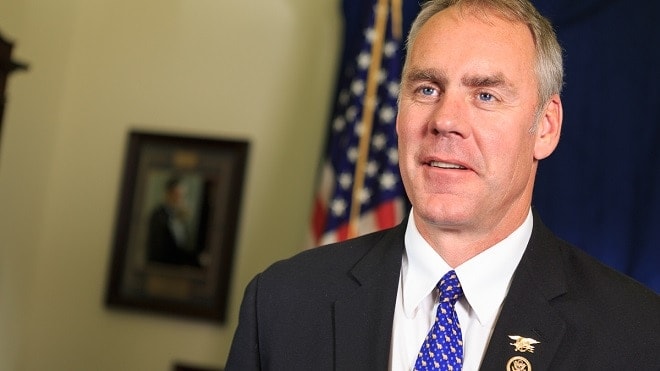 Two out of three of Montana’s Congressional delegates as well as the state’s Attorney General are warning Missoula city leaders about their proposed gun ordinance.

The measure would mandate an expansion of background checks to include virtually all gun transfers including private sales and would make the gun laws in Montana’s second-largest city stronger than those of the state as a whole.

“While we value local decision making, it is essential that policies at every level of government uphold the rights granted to all Americans under the U.S. Constitution,” Daines and Zinke wrote. “Therefore we feel obligated on this rare occasion to express our opposition to the misguided ordinance, which would create unnecessary burdens on law-abiding Montanans while proving ineffective in preventing violent crime.”

Zinke, a former Navy SEAL commander and possible candidate to replace House Speaker John Boehner in that leadership role, is the state’s only Congressman while Daines is the junior senator to Democrat Jon Tester, who has not weighed in publicly on Missoula’s planned gun control expansion.

Also on Thursday, Montana Attorney General Tim Fox, while falling short of posting an official opinion, issued a one-sentence statement voicing his concerns over the legality of the ordinance.

“Contrary to the opinion of the City Attorney, whom I respect, I believe that Missoula’s proposed gun control ordinance is prohibited by state law and likely violates our constitutional right to keep and bear arms,” Fox said.

The now controversial measure, which has the support of Mayor Engen, would mandate federal Brady-style background checks on most gun transfers done inside the city limits, to include private sales and at gun shows. There would be some exceptions for police, transfers between family members, and for antique firearms not already subject to federal gun laws.

Engen, a Democrat and one of only two Montana members of Mayors Against Illegal Guns, has a long history of advocating for more background checks. He enjoys the backing of MAIG-allied Moms Demand Action and Everytown for Gun Safety who have gathered more than 1,100 petition signatures from Missoula residents supporting the proposed ordinance.

“A local background check law in Missoula would require checks on all gun sales,” reads a statement from Everytown. “It will help close the deadly loophole that makes it easy for criminals to buy guns from unlicensed sellers, no questions asked. It will save lives.”

The Council will hold a public hearing Oct. 19 on the proposal.