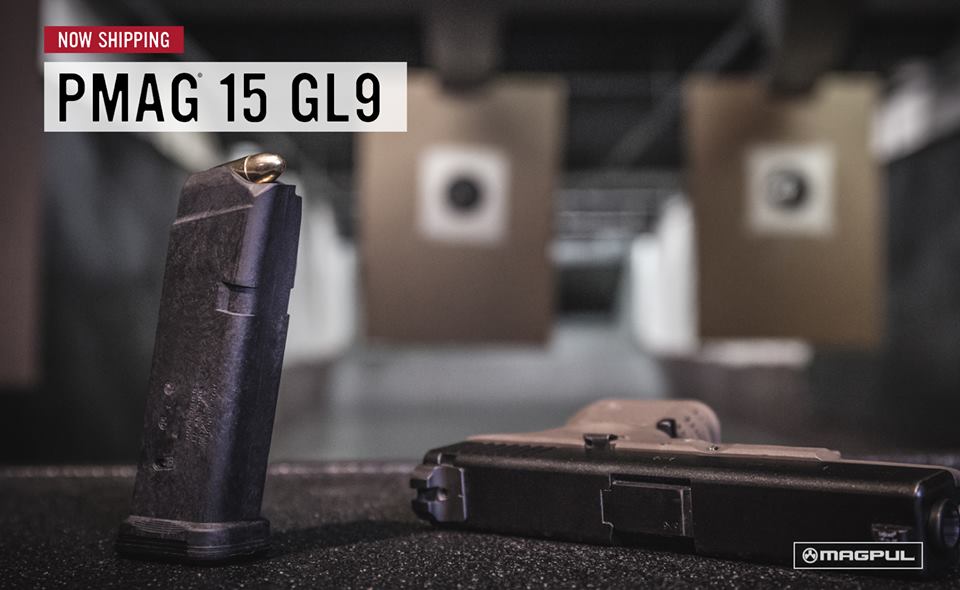 Aftermarket Magpul magazines for two of America’s most popular handguns, the Glock 19 and it’s full-size counterpart, the Glock 17, will be in stores soon. These highly-anticipated PMags were two of Magpul’s biggest announcements for 2015.

These polymer-bodied mags are made to be affordable and durable, and are intended to take a beating that would put any metal magazine out of commission. While real-world testing still needs to take place these new PMags are contenders for setting the new gold standard for aftermarket Glock magazines, and if Magpul’s history making magazines is any indicator, may give factory Glock mags a run for the money.

This is the second Glock-pattern magazine by Magpul, following the PMag 17 magazines for full-size Glock 17 pistols released earlier this year. Both are 9mm Luger mags and can be used with all compatible Glock pistols. Magpul is gearing up to ship GL L-Plates next.

GL L-Plates are based on their USGI L-Plates. They’re enhanced floorplates with rubber molded over the polymer as a bumper to prevent damage during rapid reloads. This is especially important when dropping partially-loaded mags where the extra weight can increase the force of impact leading to broken magazine components. PMag 15 magazines have a $15 MSRP, about $10 less than factory Glock mags, making them extremely competitive. These magazines are priced in-line with imported budget Glock mags and built to Magpul standards, leaving little room for other magazines in this price range and possibly higher price points, too.

L-Plates will be sold in 3-packs with a suggested price of $19 and are compatible with both PMag 15 and PMag 17 GL9 magazines.

Like with ARs and their military counterparts, M4 and M16 rifles, these magazines make a good thing better, promising improved reliability at a low price. Glock pistols are some of the most common handguns in use today, with users in law enforcement, the military and everyday gun owners.

Magpul originally announced the PMag 17 this spring but was forced back to the drawing board after it was discovered that they were not compatible with certain Glock pistol variants. Magpul has addressed the compatibility issues and is moving forward with more Glock magazines.