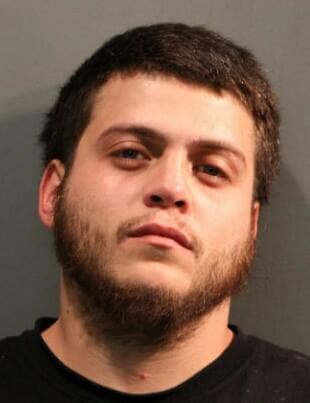 Michael Santiago, 25, said he had the gun for protection. (Photo: CPD)

A Chicago man has been arrested and charged Sunday for the shooting death of his three-year-old son inside their home on the northwest side.

Police said Michael Santiago, 25, left a loaded revolver — a .32-caliber Smith & Wesson — on top of a refrigerator inside the family’s Humboldt Park home. His six-year-old son was able to retrieve the gun and then accidentally shot his three-year-old brother, Eian.

The incident occurred Saturday night around 9 o’clock. The victim was carried over to a hospital by a relative and subsequently transported to another hospital where he was pronounced dead.

The Chicago Tribune reported that Santiago was at work at the time of the incident. The newspaper also reported that he was a former gang member and had bought the gun from an old cohort for protection after testifying as a witness in a murder trial.

Santiago has been charged with a felony count of child endangerment and death. He’s being held on a $75,000 bond.

The family said Santiago, who worked at a local pizza restaurant, was the family’s primary source of income. A Go Fund Me page has been set up to help family pay for funeral arrangements for Eian.