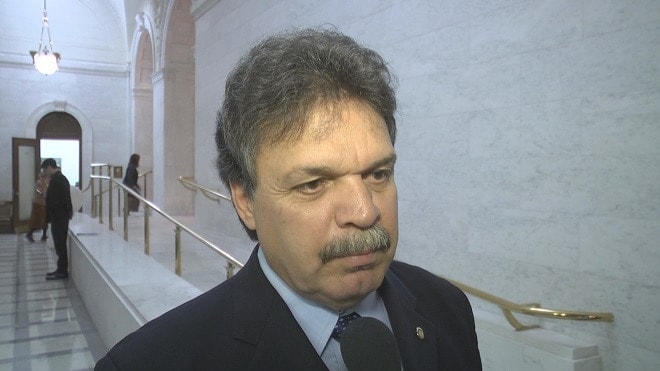 A Brooklyn Democrat introduced legislation in the New York State Assembly mandating all gun owners keep a minimum of $250,000 in liability coverage.

Backers of the measure contend it is a fresh strategy that addresses lax gun laws and would compensate victims and families of gun violence.

“Enough is enough,” said Assistant Speaker Felix W. Ortiz, D-Kings, sponsor of the proposal in a statement released Friday. “How can we protect our children from gun atrocities without a common sense approach to provide victim compensation? We need a better way to hold reckless gun owners accountable. Laws cannot bring back loved ones, but requiring owners of firearms to have liability insurance brings us one step closer to acknowledging the risks and dangers of gun ownership.”

Ortiz’s bill, AB 5864, was introduced earlier this year and requires every legal gun owner to obtain and keep at least a $250,000 worth of liability insurance specifically covering damages from negligent acts involving their firearms. Failure to maintain the policy would result in revocation of firearms licenses required under state law for gun ownership.

“This insurance policy will also serve as an incentive for firearm owners to implement safety measures in order to conduct the activity as safely as possible and only when necessary,” reads the bill’s justification document.

Ortiz, who voted for the 2013 New York SAFE Act and gained a bit of internet fame when he proposed to ban salt in New York restaurants under threat of a $1,000 fine, proposed a similar bill two years ago with a mandatory $1 million minimum policy. That measure, derided by Assembly Republicans and gun rights groups alike, failed to gain momentum despite support from the Brady Campaign.

Tom King, president of the New York Rifle and Pistol Association called the rehashed legislation “ridiculous” and argued the sort of policy Ortiz wants is unlikely to be issued, as reported by the New York Daily News.

“Insurance companies don’t insure against criminal acts,” said King, himself a former insurance broker. “These guys are talking about things they don’t know anything about.”

As the measure amends the state’s insurance codes, it has been referred to the Assembly Committee on Insurance for review.