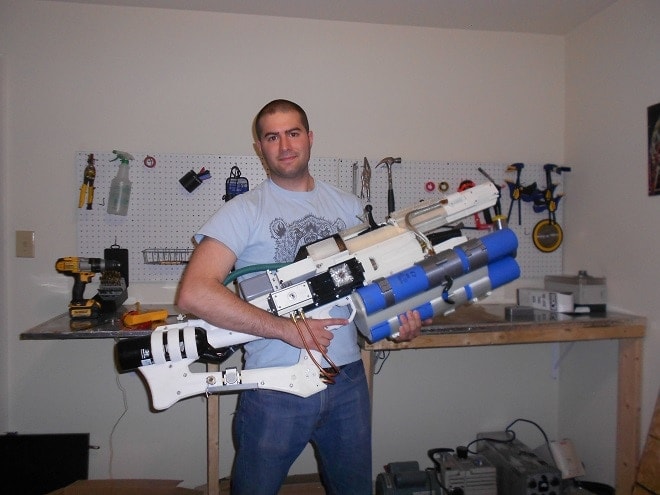 Sure it looks kinda silly, but you know if you saw one on a gun show table for a good price, you’d think about it.

Beating the military to the punch, an Imgur user claims to have made a working man-packed railgun with the help of off the shelf components.

Imgur user NSA_Listbot, through some next-level CAD skills and 3D printing technology, designed and built the WXPR-1, what could be the first working civilian-owned railgun.

Best yet, he shared the tech behind it.

Using a half dozen capacitors, an Arduino Uno R3, a 900psi injector system and a 12V LiPo battery ran through an inverter and a transformer, he creates something like looks like Colonial Marines would use to take on an alien. 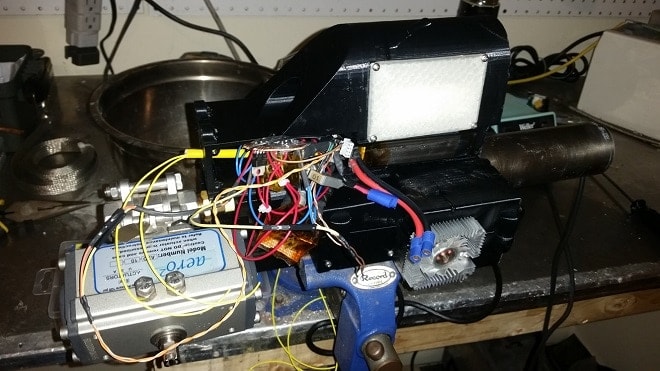 How powerful is it? He claims that the gun applies deliver >1050V and 1.8kJ of energy to the projectiles which, barring an intervention from Bill Nye here, we take to be pretty decent for a hobby railgun.