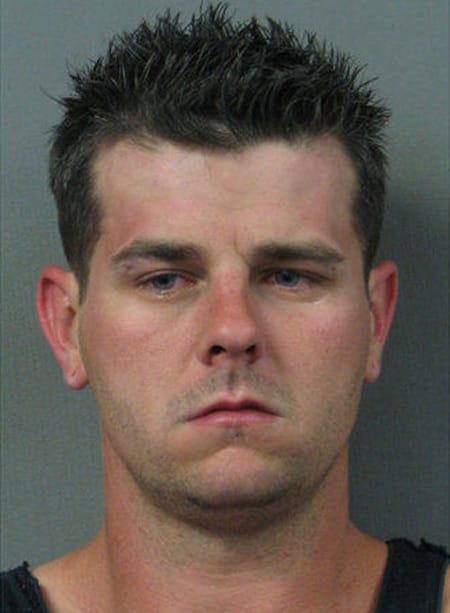 A man was shot after he forced his way into his ex-girlfriend’s Jefferson Parish home in an apparent attempt to make good on threats he previously delivered to harm them both.

The woman called police on Oct. 11 around 11:15 p.m. after her ex, Douglas Moody, 31, showed up at her house uninvited and unwanted.

The woman, whose name was not released, said Moody contacted her several times throughout the day and threatened to kill her and her new boyfriend, giving specific details of how he planned to drag her out of her house and kick in her teeth before killing her new boyfriend, local media reported.

After Moody showed up, the two men immediately began fighting, but several minutes after the 911 call was placed and before deputies arrived on the scene, Moody forced his way into the home, prompting the woman’s new boyfriend to grab a shotgun. The boyfriend shot Moody, causing injuries to his chest, neck and head. The woman then placed a second, more frantic call to authorities explaining the situation had just escalated.

When deputies arrived, they found Moody lying on the porch. He was transported to a hospital in New Orleans to receive treatment for his injuries, and was last listed in critical condition. The woman’s new boyfriend also suffered from undisclosed injuries.

The woman, her daughter and her current boyfriend all corroborated the same story, and at this point, while the incident is still under investigation, authorities believe the shooting was done in self-defense based on Moody’s prior threats and his behavior at the time of the shooting.

Moody has been charged with home invasion, domestic abuse battery, being a fugitive from another jurisdiction and six outstanding attachments. No bond has been set and once he is released from the hospital, will be booked into jail.