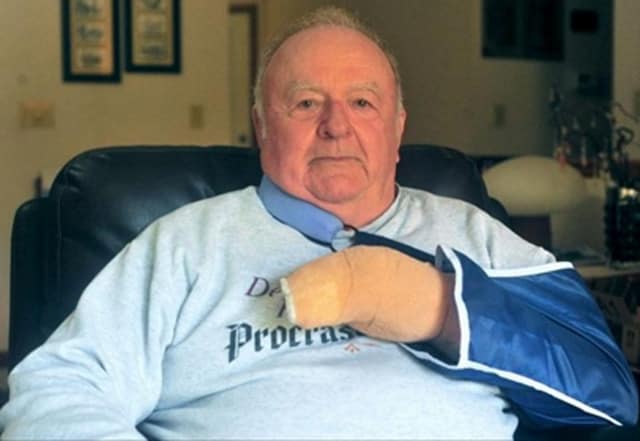 James Vernon was in the middle of a chess lesson last week with a group of 16 homeschooled children at a public library in Morton, Illinois, when a man armed with two knives burst through the door and declared he was there to kill the kids. Vernon, a 75-year-old Vietnam veteran with a bad shoulder, bad knees and high blood pressure, had a single thought: “This is not going to happen.”

Vernon attempted to first calmly talk with the man, who stood there telling the vet about how badly his life sucked as he cut his own arm. Vernon talked the suspect, who was later identified as 19-year-old Dustin Brown, into letting the school-aged children leave the room, who were all previously frozen with absolute terror.

But as one mother hurried the children out of the room, Brown became increasingly agitated and lunged at Vernon, who was cut deep into his hand and through two arteries as he attempted to block the knife. The two then engaged in a physical exchange, but Vernon eventually overpowered and disarmed Brown.

“I was operating at the animal level for a few seconds there,” Vernon said. “I needed to stop him from assaulting these children or their mothers with those knives.”

And that’s exactly what he did.

Other than Vernon, who had surgery on his hand following the incident, no one else was injured, and after a trip to the hospital, Brown was arrested and charged with attempted murder, armed violence, and aggravated battery.

Vernon, who no doubt received many thanks from worried mothers, also confirmed that the chess club will once again meet this week.