Black lives matter, but so does the right to bear arms, was the message presented to area residents by demonstrators. (Photo: AL.com)

A large group of people took to the streets of the Kingston community in Birmingham, Alabama, on Sunday in a different kind of demonstration, combining the message that black lives matter with a belief in the right to bear arms.

Avee-Ashanti Shabazz and Mercutio Southall, co-founders of Black Lives Matter in Birmingham, said the gathering wasn’t a protest, but rather a chance to educate others.

“We’re done with protests,” Southall told local media. “This is about empowering the people.”

Most, if not all, of the demonstrators were black, and Southall said “overzealous” policing and harassment is a frequent occurrence in the area, something which white people often don’t understand. 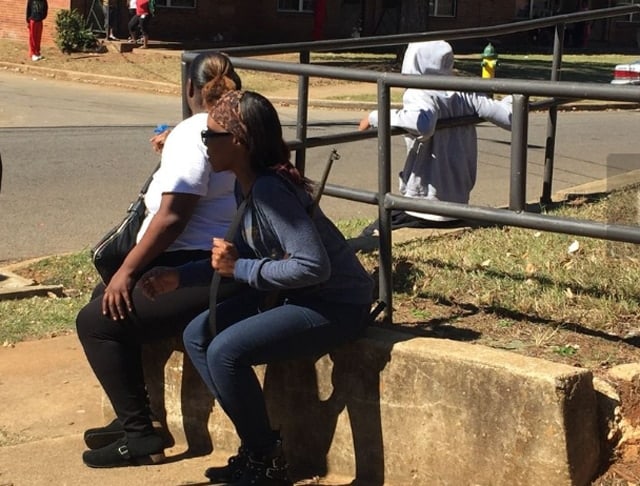 Although some say typical gun owners in America are middle-aged white men, this woman doesn’t appear to meet any of that criteria. (Photo: AL.com)

“They harass us constantly because they think a bunch of black people can’t get together without drama,” said Kingston resident Anthony Robinson, 47. “We ain’t got no rights around here. It shouldn’t be that way.”

Robinson’s statement came following a number of high-profile cases in which demonstrations throughout the country turned to instances of violence, riots, looting and destruction. But the demonstration in Birmingham, which remained completely peaceful throughout, proved events like these don’t always have to end in such a manner.

Still, as demonstrators – many of whom were openly carrying rifles and shotguns – took to the streets for several hours, talking with residents and gaining followers as they went. Law enforcement trailed about a block behind the group to ensure everything did, in fact, remain peaceful. Authorities said they would not disrupt the crowd as long as no laws were broken and peace prevailed, which it did. The officers, in turn, made good on their promises and did not disturb the demonstration.

“The residents have a right to their humanity, the right not to be terrorized by police,” Shabazz said, adding that the majority of residents don’t know their rights and more times than not, this creates a worse situation for all involved.

“It’s to the officers’ benefit that these people know their rights,” Shabazz said. 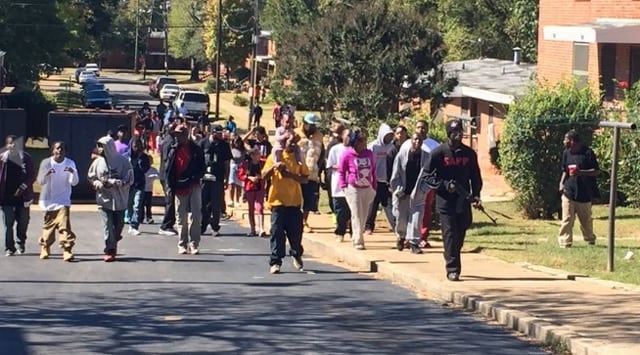 No destruction or mayhem present at this demonstration. (Photo: AL.com)

And that’s exactly what the walk was about. As the group made their way through the area, they stopped to talk with residents about their human rights, including the right to bear arms, and passed out literature to help explain the rights that are endowed to them by their creator and clearly laid out in the Constitution.

“They need to know their gun rights, as well as their human rights so as to protect themselves, their community and law enforcement,” Shabazz said.

And as the group walked and talked, the crowd grew.

Those who organized the rally said more events like this one will occur in the future, and they hope others will follow suit.