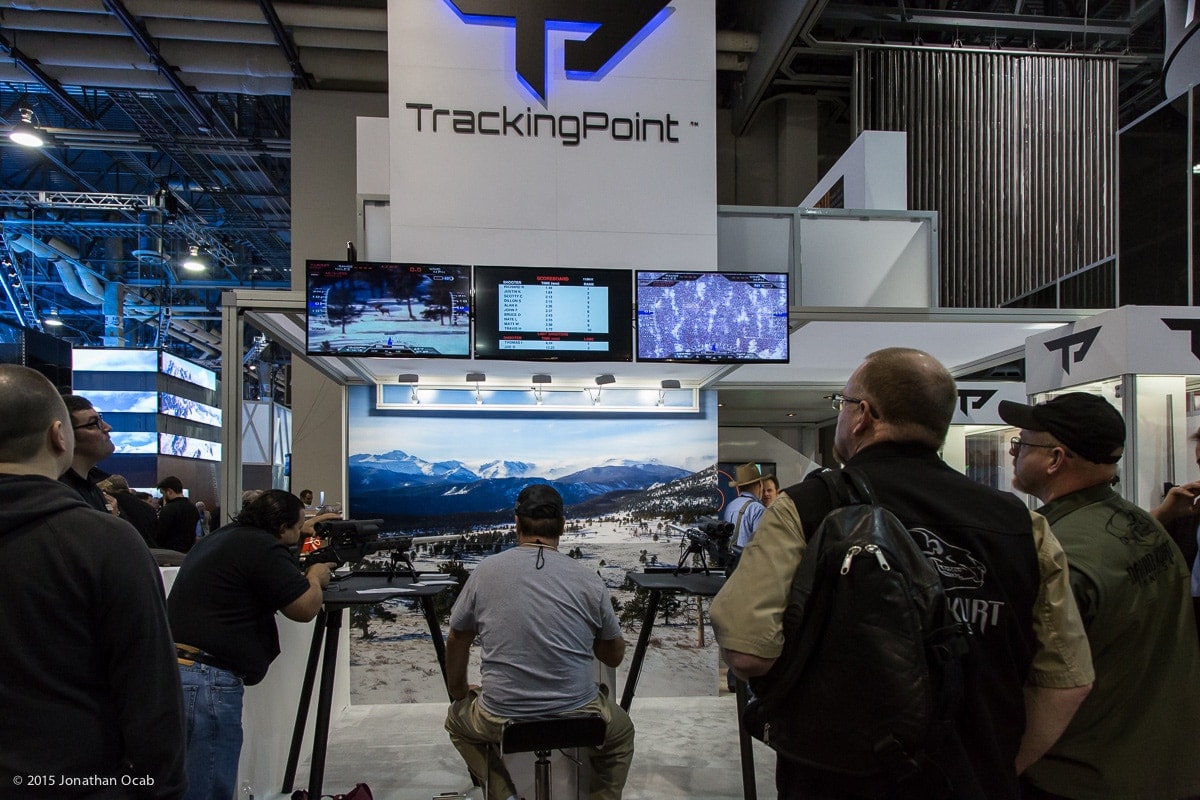 The TrackingPoint booth at a trade show in January 2015.

The city of Pflugerville issued a new lease for TrackingPoint’s facilities last week, about 30 days after the firearm tech company ended a quarter-long hiatus brought about by money issues.

“TrackingPoint came to us with a company-wide financial restructure and new marketing strategy,” said Amy Madison, the interim executive director of Pflugerville Community Development Corporation, and described the agreement as “fair” and “equitable.”

The new lease covers a smaller square footage — 15,320 down from 48,000 — than what TrackingPoint was originally issued, and the company will share the area with a new tenant, which the PCDC has already found. Also, per the agreement, TrackingPoint will be expected to bring additional jobs to the area.

“Throughout this process we have stayed focused on what’s most important in our community – jobs and growing economic opportunities for the city and our taxpayers,” Madison said.

Pflugerville mayor, Jeff Coleman, shared a similar sentiment. “With this lease extension, the PCDC and Pflugerville extend our support to TrackingPoint as they continue to grow their company and brings jobs to Pflugerville.”

In September, TrackingPoint re-opened its doors after four months of restructuring management, finances, and an overall operational strategy. The company’s management now plans to run the entire operation with roughly 20 employees rather than the 105 they once had.

Also, the company said it had implemented a materials and resource planning system, which should prevent any inventory problem — the root of the shutdown in May.

“TrackingPoint is back on strong financial footing and this agreement allows us to continue doing what we do best,” said Frank Bruno, the company’s chief operating officer.

Burno identified the company’s focus as building weapons for law enforcement and military agencies. The U.S. Army bought bought six precision guided rifles from TrackingPoint in 2014, but no formal contract has been publicized.

“This is a new start for TrackingPoint and we are prepared for long-term success,” Bruno added.