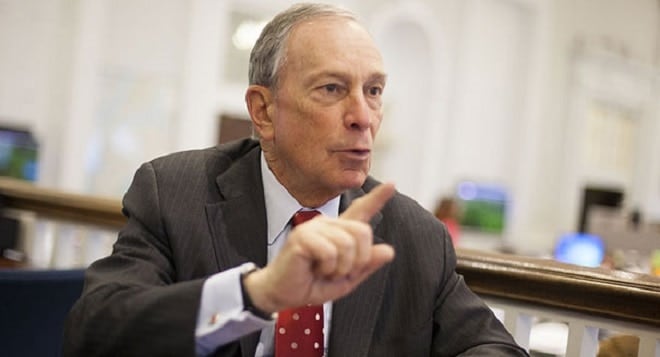 The Maine secretary of state gave the go ahead last week for Moms Demand Action to start collecting signatures for a ballot referendum to greatly expand background checks.

Filed for approval in August, the effort would add a voter referendum to the November 2016 ballot that would mandate Brady checks on most gun transfers.

Supporters of the drive include gun violence survivors who contend the proposal, if implemented, would help save lives.

“We can save lives by closing the deadly loophole in Maine law that makes it far too easy for criminals, domestic abusers, and other dangerous people to get their hands on guns without any background check at all,” said sponsor Judi Richardson, whose daughter was killed in a home invasion with a gun transferred in a private sale at a gun show. “We are now one step closer to giving Mainers the chance to vote up or down on this issue next November.”

If the four-page proposed amendment to state law is approved in its current form, most gun transfers from one private citizen to another would first have to pass a background check administered by a federal firearms license holder. Exceptions would be for guns going from one family member to another, some temporary loans such as for hunting or target shooting, or guns issued for use by the military, police, corrections and security guards.

After winning a similar ballot initiative in Washington last November, in large part by outspending those in opposition, Everytown promised at the time to use the win as a blueprint to take to other states, mentioning Nevada, Arizona and Maine.

Within weeks, the gun control mega group kept its promise in Nevada and is now moving forward elsewhere, with Maine’s proposed measure being almost a carbon copy of the one circulating in Nevada.

Besides the Bloomberg groups, the proposal also has the support of the Washington D.C.-based Brady Campaign to Prevent Gun Violence, who pledges to help send activists to the state to canvas for signatures.

“Brady’s state-by-state march across the country is sending a message, loudly and clearly, that the American people are not waiting for Congress to act. Citizens around the country are continuing the tremendous momentum by taking the issue of expanding background checks directly to voters,” said Brady President Dan Gross in a statement.

Second Amendment groups in Maine, who recently had to pull out all the legislative stops to get constitutional carry approved, are vowing to fight the voter initiative at every step, and warn of its potential wider reach.

“Universal Background Checks are nothing more than a fancy way to get gun registration in the state of Maine,” says Shane Belanger of Gun Owners of Maine. “Bloomberg already failed to block Constitutional Carry, and now we’re going to send him home with another failure and a whole lot less money.”

The Maine initiative must gather 61,123 valid signatures by Jan. 22, 2016 to qualify for next November’s ballot. Should it make it to the ballot, it remains to be seen how voters will choose.

Although a New England state that has voted Democrat in every presidential election since 1992, Maine leans red with a Republican majority in the state Senate, a strong minority in the House, an evenly split congressional delegation and a GOP governor.

In a push last year to limit the state’s liberal bear hunting practices, backed largely by out of state money, Maine’s voters remained conservative and handed down a defeat although pro-hunting opponents were only able to muster a modest publicity campaign. A similar measure in 2004 also tanked.