Man tries to hide 17 pounds of heroin in truck engine 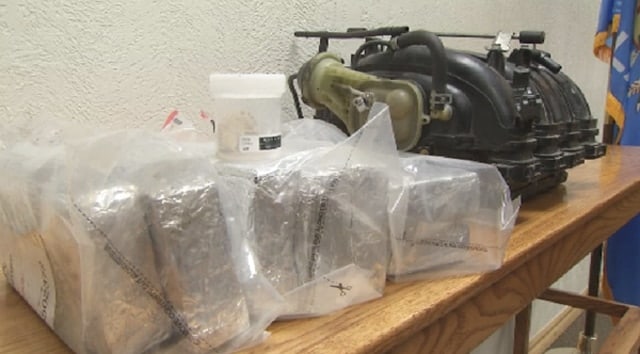 During a traffic stop Sunday night in Oklahoma’s western Canadian County, authorities discovered 17.5 pounds of heroin hidden in the engine of a truck.

The truck was apparently stopped after law enforcement noticed the vehicle swerving. Jorge Vasconcelos, 25, told officers he was simply tired from his trek and explained he was driving from Arizona to Georgia, helping his girlfriend move. Vasconcelos also calmly said he had no prior criminal history and even offered for the deputies to search his truck if they wanted.

“My deputies thought it was really strange that he would just tell them they could search his vehicle out of the blue,” said Canadian County Sheriff Randall Edwards. “So, they thought that might be a good indicator that they should indeed search it.”

So, they did, and what they found was a loaded Bersa .380-caliber pistol in the front seat and upon further investigation discovered seven packages totaling more than 17 pounds of what was described as “high grade” pure heroin, with an estimated street value of more than $3 million, hidden behind the intake manifold of the engine.

Vasconcelos was arrested and now faces a slew of charges, including aggravated trafficking of heroin and possession of a firearm.

“For them to be able to make this hidden compartment inside the engine put the drugs in it and drive the vehicle across country that’s some pretty sophisticated stuff,” said Canadian County Undersheriff Chris West, who also noted after more than 30 years in law enforcement, he has never seen anything of this magnitude. 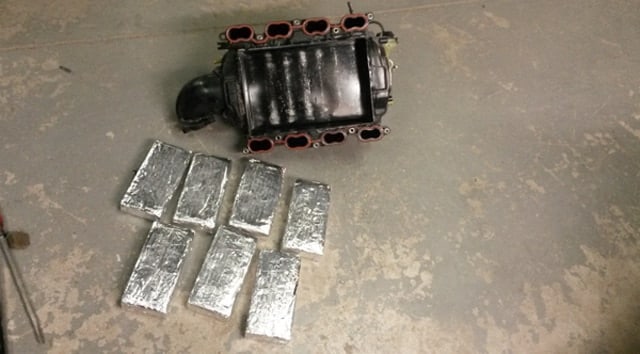 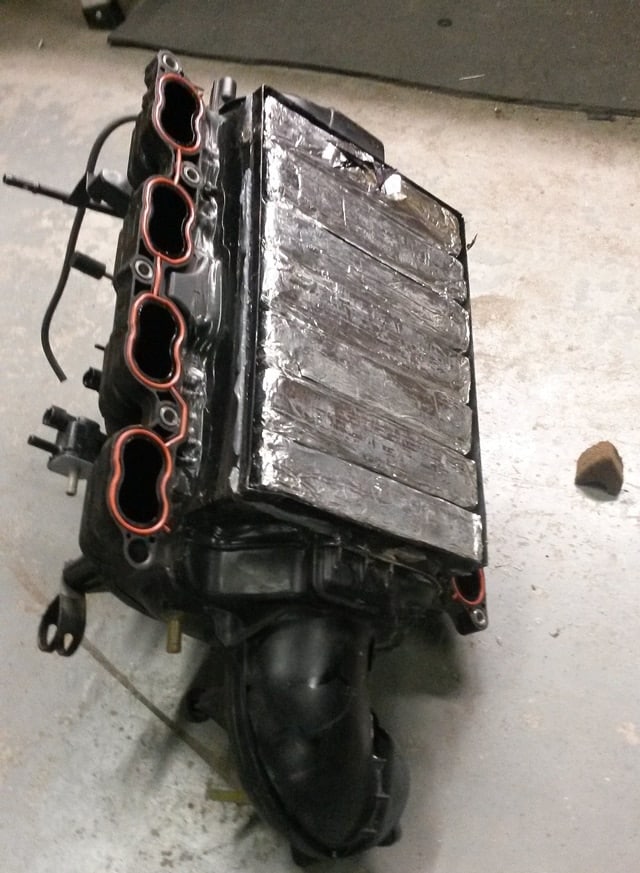