Police said they are desperate to find the man responsible for shooting the little girl. (Photo: Albuquerque Journal)

Albuquerque authorities are “begging for information” from the public as they search for the suspect involved in a road rage incident Tuesday afternoon that claimed the life of a 4-year-old girl after she was shot in the head.

The shooting occurred just after 3 p.m. on I-40 near the Coors exit, and shots were believed to have been fired while both vehicles were still moving, the Albuquerque Journal reported.

An off-duty Bernalillo County Sheriff’s deputy was the first to arrive on the scene after he noticed the victim’s vehicle pulled over on the side of the road. He stopped to offer assistance, not knowing at the time what he was walking into. The officer first thought the family was having car trouble, then saw the injured girl and moments later realized she had been shot in the head. 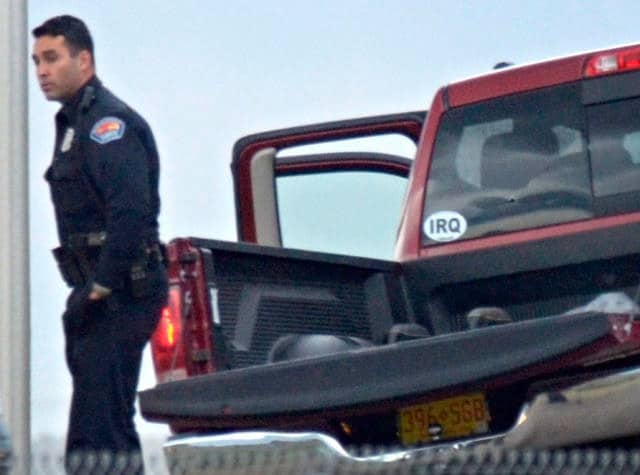 Photos captured by reporters at the scene show a single bullet hole in the back window of a red truck. (Photo: Albuquerque Journal)

The girl, whose name has not been released, was rushed to the hospital, but efforts to save her life failed and she later died.

At this time, the suspect is still at large.

“We are in desperate need of help to find this suspect,” said Albuquerque Police Chief Gorden Eden, adding, “It’s a terrible, tragic loss, and it shouldn’t have ever happened. This is one of those crimes which is unexplainable. There is no way to explain your way out of this.”

Eden said they have received conflicting information about the incident itself as well as the description of the suspect’s vehicle, but confirmed that they do believe the shooting stemmed from a road rage incident.

Jonelle Tafoya told local media she was driving her daughter home around the time of the incident and believes she saw the two vehicles involved, which she described as a red truck and a red sedan.

“The red truck was not allowing the red car to pass, kept swerving from lane to lane to keep the vehicle behind them,” she said.

But Tafoya took the Coors exit and continued on to take her daughter home. Some time later, she learned of the shooting.

“All I could think was, ‘Oh my God. That was it exactly. That was probably the road rage incident we had seen,’” said Tafoya, who immediately contacted the police and told them what she saw. 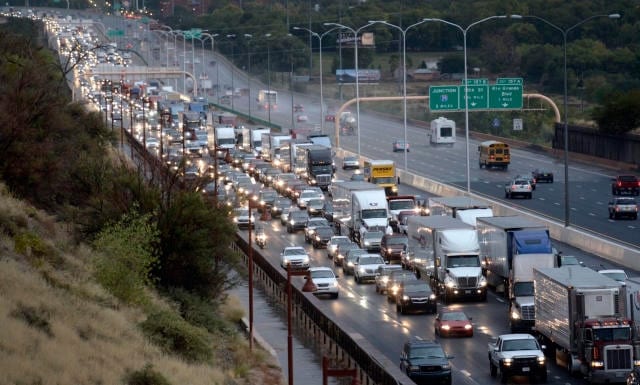 Authorities have not yet released any information on either the suspect, his vehicle, or the victims, but photos captured by reporters at the scene show a red truck – presumably the victim’s – with a single bullet hole in the back window.

Eden begged for anyone with any information on the individuals involved in the incident to come forward and contact authorities at 242-COPS or 843-STOP. Simon Drobik, with the Albuquerque Police Department, said they are following every single lead they receive.

“We are in desperate need of information. Whatever information you have. Even if you think you saw something, please call,” Eden implored.

As investigators scoured the area for every possible shred of evidence, the interstate remained closed for about six hours, causing a massive traffic jam, and as authorities continue to search for the suspect, Eden had a simple message for him: “The best thing you can do is turn yourself in.”