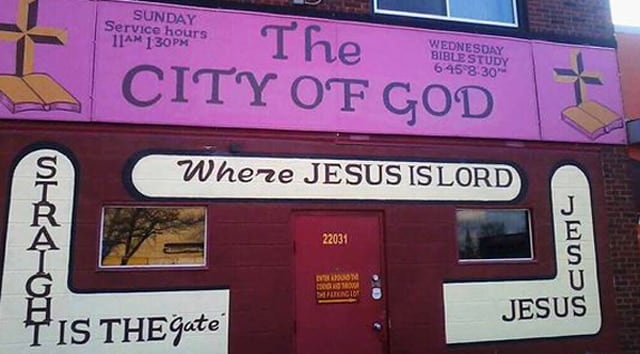 Authorities and witnesses said the suspect entered the church about 15 minutes after the service began. (Photo: Facebook)

Authorities are investigating a deadly shooting that occurred at a Detroit church during a Sunday afternoon service after a man attacked a pistol-packing preacher with a brick.

Assistant Chief Steve Dolunt said the pastor of the City of God church had problems with the suspect in the past and previously filed a police report after the man threatened to harm him. But when the suspect went after the pastor with a brick around 1:45 p.m., the pastor pulled out a semi-automatic Glock and shot him multiple times. The suspect, who was later identified as 26-year-old Deante Smith, was transported to a local hospital where he was later pronounced dead.

Investigators spoke with the pastor, whose name has not been released, through the night and he went home the following morning. Despite some initial reports the pastor had been arrested after the shooting, Detroit Police Officer Jennifer Moreno confirmed Monday that was not the case.

“He was never in custody,” Moreno said. “He was just brought downtown for questioning regarding the incident. He stayed a couple hours, cooperated fully and went home.”

Maria Miller, spokeswoman for the Wayne County Prosecutor’s Office, also confirmed that her office has not received a warrant request from the police department.

Detrese Abbot, Smith’s cousin, told the Detroit Free Press Smith was “not just a strange man that walked in looking to harm someone.” In fact, the pastor and the suspect were once close friends, with the pastor acting as a sort of mentor to Smith, she said. But their friendship took a devastating turn when Smith discovered his wife and the pastor were having an affair, and later found out she was pregnant by the pastor.

Smith took to Facebook to express his anger and frustration over the alleged affair, with posts that went from talking about exposing the truth, to threats of physical harm. Still, Smith’s family, who said he was going to “get closure” with the pastor before beginning counseling with his wife, said they are devastated by how the incident turned out. 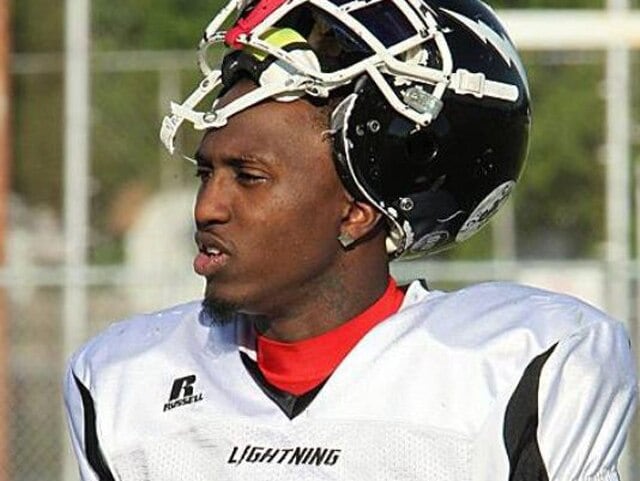 Deante Smith played semi-pro football with Michigan Lightning, and friends say he was a mentor to many people. (Photo: Detroit Free Press)

“It’s unbelievable,” Abbot said. “They’re painting him to be a monster, but he wasn’t.”

Abbot said everything was fine with Smith and they were “living a normal life” up until about a month ago when he discovered his wife had been unfaithful with none other than a man whom he called his friend. From there, Abbot said everything went downhill, adding that the affair “really hurt him.”

“He never brought beef to anybody,” said Deja Ward, Smith’s younger sister. “He wanted closure so he could start counseling. I guess it turned a whole other way.”

Ward said after her brother found out about the affair, he just “lost it.”