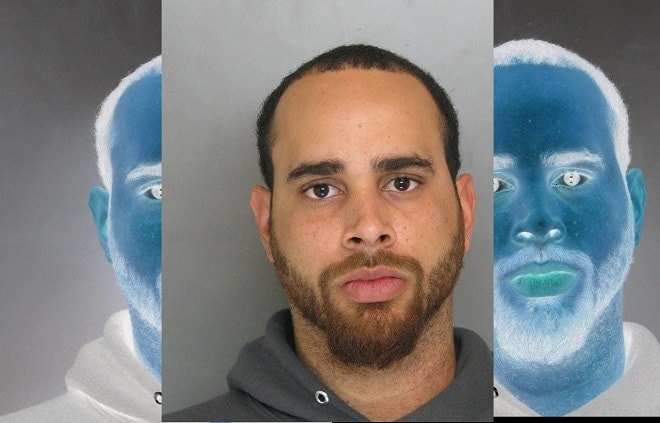 Crime doesn’t pay, and sometimes can leave your legs sticky as you wait to have a mugshot taken. (Photo: Baltimore County Police)

In deeply gun un-friendly Baltimore, authorities advise they have charged a 27-year-old UPS employee in the theft of four handguns.

Charged is Eric Michael Bruneau, who was arrested Tuesday morning when Baltimore County Police were called to the scene of a UPS facility in the 14400 block of York Road.

Upon arrival, authorities were advised a security guard at the site stopped Bruneau who was acting suspicious as he was getting ready to leave work. Suspicions were somewhat confirmed when it turned out the man allegedly had two handguns taped to his legs that had somehow worked their way out of a package at the complex.

Detectives also found Bruneau to be in possession of two other handguns pilfered from the facility earlier this summer.