Hundreds of shoes found outside of former concentration camp 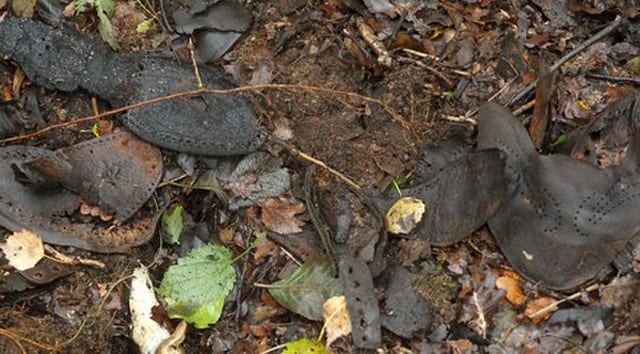 What remains of hundreds of pairs of shoes and other articles of clothing that once belonged to prisoners at a concentration camp in northern Poland were recently discovered in the forested area outside of the camp after more than 70 years.

The pile of men’s, women’s and children’s shoes, belts and bits of striped uniforms, which stretches across several square yards, at some places was stacked a foot deep. One unnamed witness who made the discovery called it “disturbing.”

“I’ve been working here 30 years and none of the employees have ever heard of these items lying in the forest near the museum,” said Danuta Drywa, head of museum archives at the former Stutthof Nazi concentration camp where the discovery was made.

The camp claimed the lives of some 85,000 prisoners, who were subjected to slave labor and horrendous acts, such as the Nazis experimenting with making soap from the their fat. As prisoners entered the camp, they were stripped completely naked, but the best of their shoes were handed over to the Germans.

Drywa said it will take specialized testing to determine exactly how old the shoes are and where they originated. 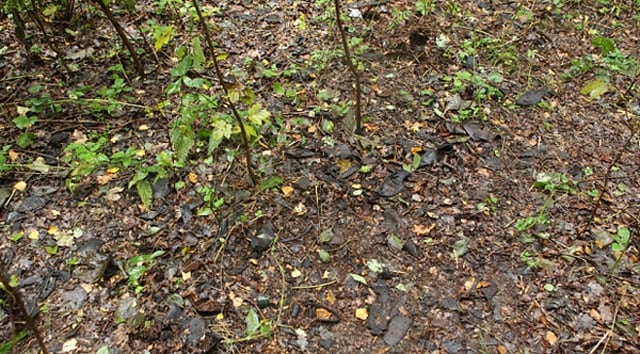 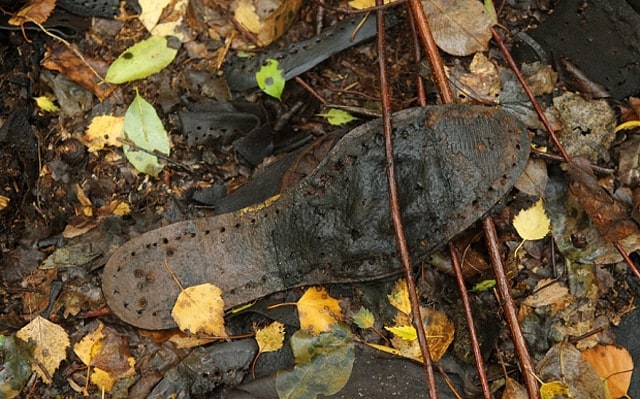