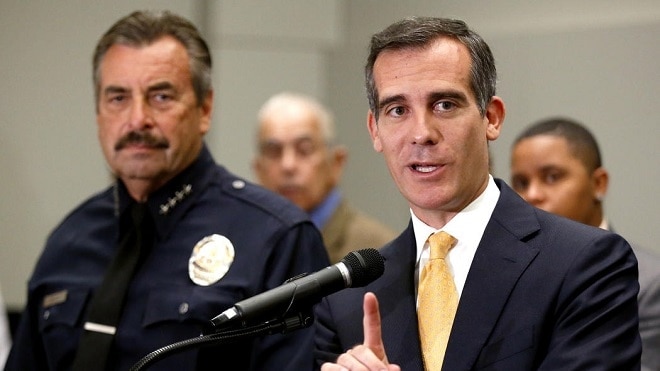 Mayor Eric Garcetti signed the citywide ordinance in August prohibiting the ownership of what the state deems large-capacity detachable firearm magazines. The controversial measure was introduced by City Councilman Paul Krekorian and passed the council by unanimous vote.

Currently, those with magazines affected by the new law have until Nov. 18 to turn them into police without compensation, sell them or move them out of the city.

“These magazines are possessed by millions of law-abiding Americans for a variety of legitimate purposes, including self-defense,” reads a statement from the CRPA emailed to Guns.com. “This ordinance will not prevent violent crime or mass shootings, but will limit the Second Amendment rights of law-abiding gun owners who choose these magazines to defend themselves and their families.”

At least 30 county sheriffs, the Law Enforcement Alliance of America and the California Reserve Peace Officers Association have joined CRPA as co-plaintiffs.

The suit attacks the city’s ordinance on a variety of points citing state law, which allows for magazines produced prior to 2000 to be grandfathered, preempts it.

Besides the impact on city residents, it also argues that anyone passing through the city — to include target shooters, sheriffs, reserve police officers, security guards and others, are under threat of arrest if they cross into city limits even accidentally.

“By banning the possession of magazines that are lawfully owned by tens of thousands of California residents, the ordinance contributes to a patchwork quilt of laws from one jurisdiction to the next, subjecting law-abiding individuals in lawful possession of these magazines to criminal liability for entering the city of Los Angeles while traveling through the state,” reads the 62-page filing in part, spearheaded by the Long Beach based firm of C.D. Michel, who represented the CRPA and others in the Peruta may-issue case.

The gun rights group argues the nature of the city’s sprawling jurisdiction make it a legal minefield for gun owners who possess magazines that are legal in their areas, in effect making the ban even wider in scope.

As such, the plaintiffs argue that an injunction is needed to halt implementation of the ban pending its ultimate removal from the Los Angeles Municipal Code.

The City Council currently has the magazine ordinance pending amendment by Councilman Mitch Englander, who is seeking to exempt retired and reserve law enforcement officers from its requirements at the urging of the LAPD and the Police Protective League. City Attorney Mark Feuer, the Brady Campaign, Watts Gang Task Force and Women Against Gun Violence are opposing that move.

As for the CRPA suit, ban architect Krekorian is confident the city will prevail in court.

“This lawsuit is a predictable and desperate attempt by NRA lawyers to strike down a common-sense policy that will keep our city and its people safe,” said Krekorian in a statement posted late Friday. “Every time any leader takes a stand to enhance the safety of our communities, we can expect the gun lobby to go on the attack and try to knock us down. Since the will of the people, the facts and common sense are on our side on this issue, the NRA cannot win the public debate so they lawyer up and run to court instead.”