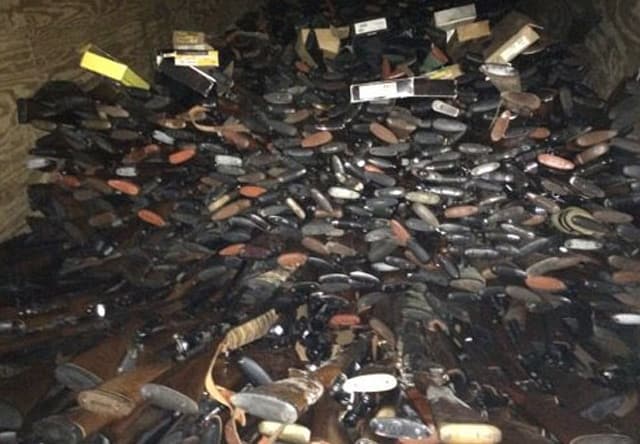 Authorities in Chesterfield County, South Carolina, said they have never seen anything like it in all their careers, referring to the estimated 7,000 to 10,000 firearms discovered at a man’s property in Pageland Friday afternoon.

“There were so many guns, we quit counting after a while,” Chesterfield County Sheriff Jay Brooks told The Charlotte Observer.

The cache was discovered after deputies went to the home of Brent Nicholson, 51, around 3 p.m. to serve a subpoena for an unrelated issue and noticed chainsaws and a welder, which had been reported stolen, “in plain sight” in the front yard.

After serving the subpoena, the deputies then left Nicholson’s home, went to obtain a search warrant, then returned to immediately find thousands of guns and other items stashed not only in his house, but in a nearby storage building owned by Nicholson, as well as a liquor store which Nicholson runs with his parents at their house.

Most of the firearms were hunting rifles and shotguns, but the more than 100 law enforcement officials on the scene also found ammunition, numerous crossbows, the taxidermed heads of deer, elk and alligator, and an assortment of tools, including over 500 chainsaws.

By Saturday afternoon, four 40-foot tractor-trailers had been filled with a small portion of what was found. Brooks, who said the home looked like it was straight out of an episode of “Hoarders,” said additional agents are coming in to help on Monday, and they will likely be working through the week to sort all of the items, the vast majority of which they believe are stolen. 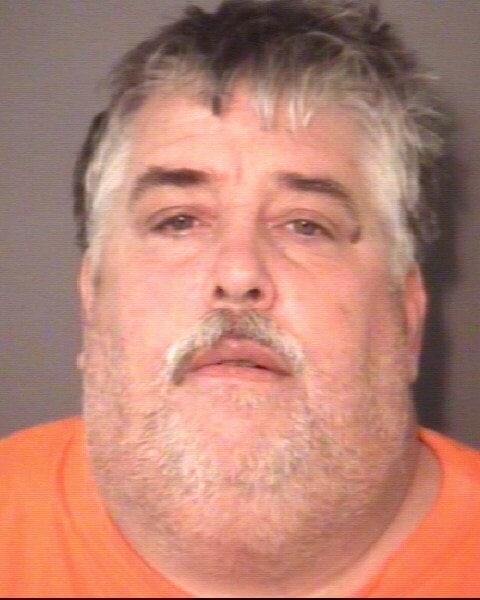 Nicholson was arrested Saturday afternoon and at this time is charged with possession of stolen property, but more charges are likely to come, as the “investigation is far from over.”

Brooks said although Nicholson has a lengthy criminal history, they found no evidence he was selling the stolen items. In fact, “There’s no evidence that he even used them,” Brooks said, adding that it looked like the guns had been stored untouched for years.

Brooks said the thinks Nicholson likely bought the firearms from criminals who stole them from homes and hunting cabins in neighboring North Carolina.

“No telling how many break-ins this will help wrap up,” Brooks said.