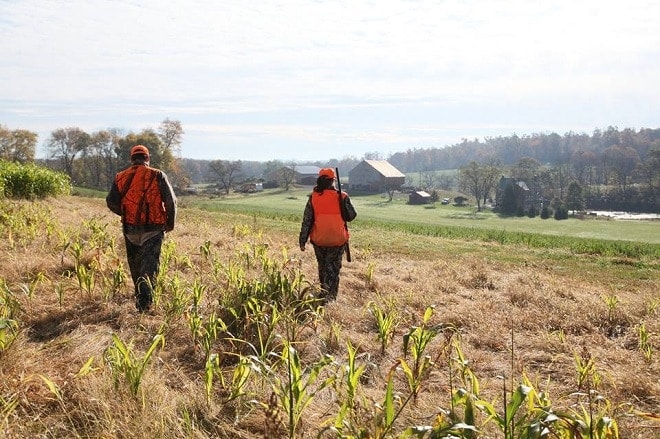 Pennsylvania is one of only two states that do not allow the use of semi-auto rifles for hunting. (Photo: Pennsylvania Game Commission)

A senate proposal lifting prohibitions on the use of semiautomatic rifles by Pennsylvania hunters is now headed to a vote on the House floor.

The measure, introduced in April, passed the state senate by unanimous vote on June 24. Approved by the House Game and Fisheries Committee in a 25-2 vote last week, it is now on the table for the full chamber and if successful would allow the Pennsylvania Game Commission to establish guidelines for the use of semi-auto rifles by the state’s 750,000 hunters.

Supporters of this measure feel the time is right for the Keystone State, which has long allowed the use of semi-auto shotguns by sportsmen, to lift the ban on rifles.

“The fact is, most modern sporting rifles are chambered for common hunting cartridges and Pennsylvania is one of the few states that disallow these firearms for hunting of any kind,” said Sen. Scott Hutchinson, R-Butler County, sponsor of the legislation, in his bill memo.

Hutchinson’s proposal, SB 737, is a simple repealer bill that removes language from the state conservation laws prohibiting the use of all semi-auto rifles in hunting. Only Pennsylvania and Delaware currently have such restrictions.

A three-way effort to bring semi-autos to the field in Pennsylvania failed last year.

If SB 737 becomes law, the Game Commission would then move in and establish regulations for their use in taking both predator and game species.

In May, Matt Hough, director of the Commission told lawmakers he would like to see magazines used in the field limited to five rounds as well as restrictions on species.

The National Rifle Association supports the legislation, saying, “Ending the prohibition on semi-automatic rifle hunting would provide Pennsylvania hunters the same opportunities and options enjoyed by hunters in the majority of other states.”

SB 737 is expected to be taken up in the House in coming days but faces an unsteady end-run at Gov. Tom Wolf, a Democrat whose outspoken support of anti-gun issues earned him the lowest possible rating from the NRA.

If adopted, it would be the first time since 1907 that the use of any but manually operated rifles would be legalized in the state.