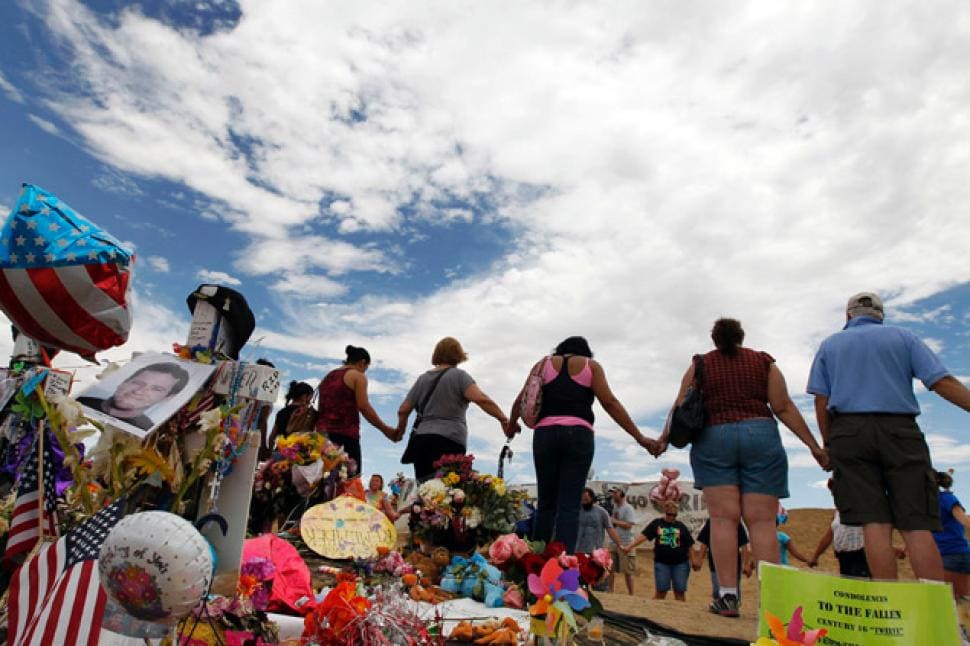 People gather in memory of the victims killed during a shooting at a theater in Aurora, Colorado, in 2012. (Photo: Associated Press)

Americans are conflicted over how to deal with mass shootings, but a majority think the violence is a result of lacking mental health services in the country, according to the results of an ABC News/Washington Post poll released Monday.

Despite having gone through a spate of such shootings in recent years – including one on the campus of an Oregon community college earlier this month – only 23 percent of those polled feel the violence is a result of inadequate gun control laws.

When asked which should be given higher priority, 47 percent of respondents said protecting gun rights and 46 percent said enacting new gun control laws.

Those numbers show support of gun control in decline when compared to a March 2013 ABC poll, where 52 percent of people responded the priority should be to enact laws that reduce gun violence. Fifty-five percent of respondents also felt gun control laws may not interfere with an individual’s right to own guns.

An April 2013 poll – commissioned by the same publications four months after the deadly Sandy Hook shootings – showed 91 percent support for background checks at gun shows, which not all states require.

On the issue of background checks for sales at gun shows and between private individuals, the 79-88 between the two parties. The largest split was for a federal database to track gun sales. Just 55 percent of Republicans favored such a system, where 85 percent of Democrats did.

The most recent Gallup polling, conducted earlier this month, shows a majority (55 percent) of Americans prefer more strict gun laws, up 8 points from a year ago.