When you think of Winchester rifles, their bolt action Model 70 and the classic lever guns like the 66, 73 and 94 spring to mind. However, the company also made another lever—the 1895—and this gun seems to pop up in the strangest of places. 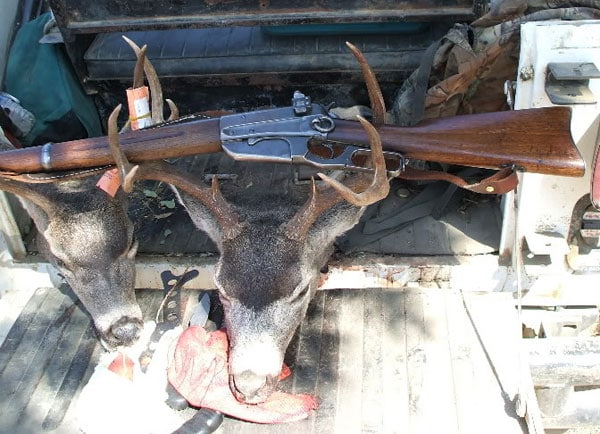 The 1895 has been taking big game for generations and can still do so today.

In the 1890s, Winchester made two types of center-fire rifles: classic lever action guns that used fat, low-velocity bullets, and the single shot 1885 series low/high walls that fired larger rounds. The company needed a repeater that could compete with the new, inexpensive, bolt-action rifles being made by Mauser, Steyr, and others. These ‘bolt guns’ fired full-sized smokeless powder rounds at high velocity and fed from internal box magazines that held a reserve of cartridges. Winchester didn’t have anything comparable with this combination of features, so they turned to their in-house genius, John Browning. 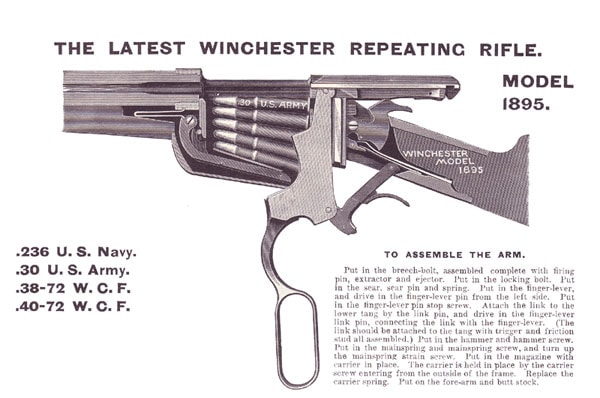 Taking the same general concept that he used for the super strong locking-block action on his Model 1886 lever gun as a starting point, Browning removed the tubular magazine, added a box mag, and changed the feeding system to match. This action loaded from the top and was rear locking. With new cartridges in mind, he reinforced the action even further.

The 1886 was a beast of a buffalo gun, firing blackpowder .45-70 and .50 Express rounds, but it was handicapped by its magazine. With the new box magazine design and long action, the 1895 could handle just about any full-sized rifle pointed round (e.g. .30-06) of its day. This was a marked difference from the other lever-actions of the time whose tubular magazines left them capable of shooting only low-pressure round nosed bullets such as the .30-30.

Showing the difference in layout between the regular model and the flatside model 1895s.

It was the last lever gun that came from the mind of John Browning and many consider it one of the most modern of that species. Overall weight was about 9-pounds and the rifle ran from 40 to 54- inches overall depending on what length/style barrel was used. Barrels ran from 22-36 inches in length, which led to a stunning amount of subvariants.

The 1895 was initially marketed to large game hunters for an affordable $19 ($516 in today’s money). As such, it was offered in heavy chamberings made specifically for the rifle such as .38-72 and .40-72 Winchester. These obscure blackpowder cartridges, now long retired, were top notch at the time. To compete with Mr. Arthur Savage’s own Model 1895 (which later became the Savage 99) for military contracts, Winchester chambered their rifle in .30-40 Krag, then the standard US Army cartridge. The US Army wound up buying some 10,000 of these just in time for war with Spain over Cuba. Speaking of which… 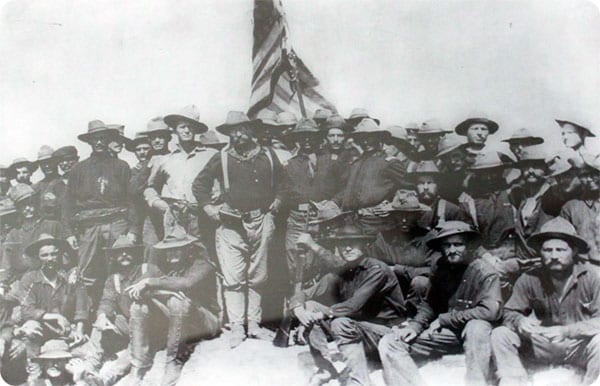 Teddy Roosevelt and the Rough Riders took San Juan Hill with the help of a few 1895s.

Teddy Roosevelt, an outdoorsman and shooter who also dabbled in politics, liked the M1895 so much that he acquired 100 commercially made Krag caliber Winnies in 1898. This was enough to equip each of the officers of his famed Rough Riders with one. Officially known as the 1st US Volunteer Cavalry, this group of cowboys and adventurers rode (actually more like ran) to glory with Colonel Roosevelt at *San Juan Hill in the Spanish-American War armed with these unlikely guns. (*It was actually Kettle Hill and the Buffalo Soldiers did a lot of the unsung work, but hey, let’s not let history bog down a good gun story.) 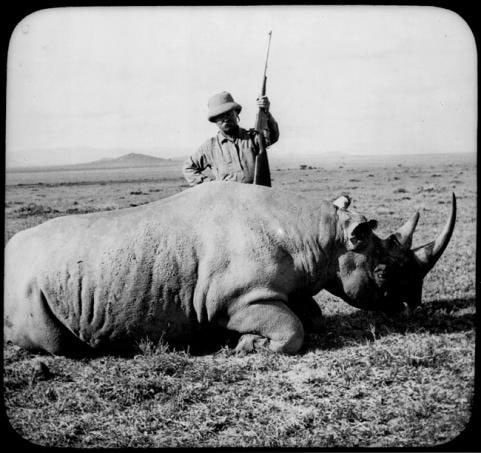 The Colonel had several 1895s in his collection, including a .50 Express that currently relaxes in the Cody Museum, and a pair of .405 Winchester chambered ones he used as ‘medicine guns’ for lions while on safari in Africa. When you look up the .405 and see that it used a 300-grain soft point traveling at 2,204fps to put 3,236 ft. /lbs of energy downrange, you see its big medicine indeed.

After the turn of the century when more advanced smokeless powder rounds became popular, the beefy 1895 was chambered for .35 Winchester, .30-03, and 30.06. Models in the British standard .303 Enfield chambering sold well north of the border in Canada. 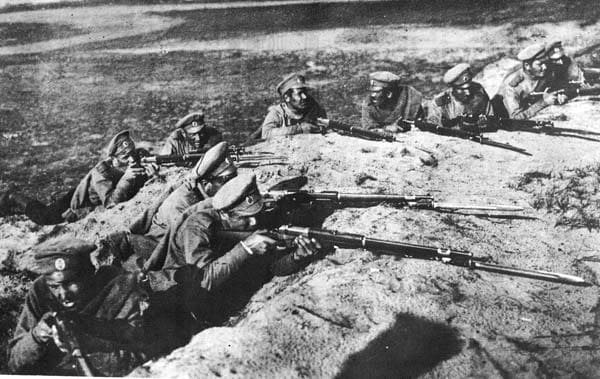 Tsarist Russian troops with Winchesters on the eastern front in WWI.

By the time World War 1 came on the scene, the design of this long action lever gun was seen as a throwback to another age. The thing was though, it was still pretty effective when compared to bolt-action Mausers, Mannlicher, and Enfields found in armories around the world at the time. 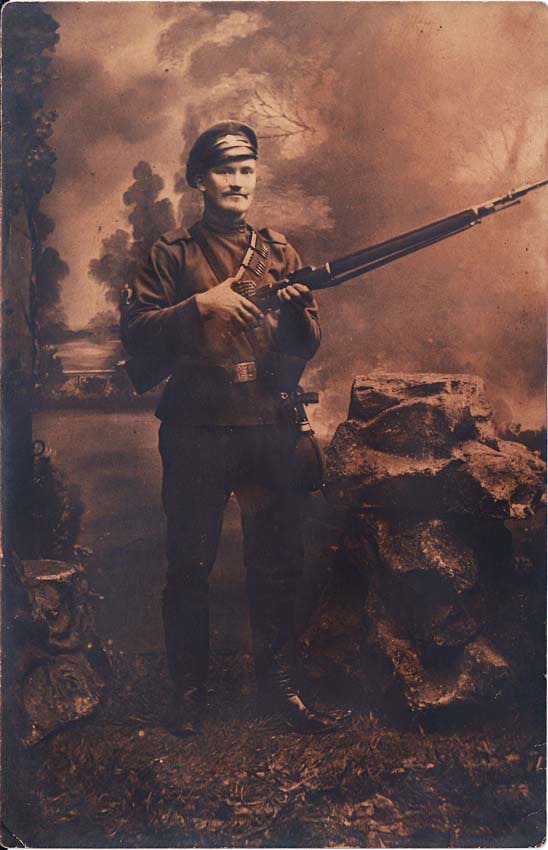 In 1914, the Tsar of Russia, needing rifles for his 15-million man army, sent purchasing agents around the world looking for munitions. This led Winchester to accepting a contract to make the 1895 as an infantry musket for the Tsar’s Cossacks and riflemen. Chambered in 7.62x54R, the receiver had a cutout for the standard 5-shot stripper clips and the ladder rear sights were graduated in arshins, an old Russian measurement. To protect the long barrel, a nearly full-length wooden forearm was standard. They also had a bayonet lug (a first for a lever action gun) that accepted a 16-inch knife bayonet under the muzzle for when the bullets ran out.

Many of these Russian guns were never delivered and wound up being liquidated cheap in the US, as supplies of 7.62x54R back then were limited here at best. Those that were delivered saw action in both WWI and the Russian Civil War. Afterward, the Soviet Union was fond of giving these away to budding revolutionaries around the world and they showed up in Spain, Hungary, China, and elsewhere for decades. 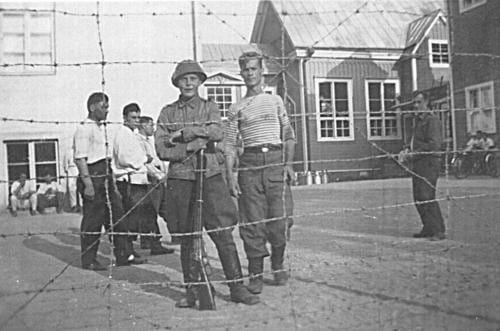 A Finnish guard watching over a Soviet POW camp in WW2 with a 1895 musket.

The Russian guns were the last big sale of 1895s that Winchester pulled off.  They continued to produce small quantities of the big lever gun for commercial sales through the 1920s but by the Depression, its time had passed. In 1936, the line closed and the company put all of its full-sized rifle efforts into the new Model 70 bolt action that debuted the same year.

Between 1895-1936 Winchester made an estimated 425,881 of these rifles. Since there is so much variation between calibers, barrel length, barrel type, military models, commercial models, and so forth, their prices fall literally all over the board from a few hundred bucks to several thousand.

By far the most numerous of these were the 293,000 Russian muskets made in 7.62×54R. The balance was commercial models chambered in a wild variety of calibers, often found with octagonal barrels.

Early production 1895s, sometimes called “flat side” models, will have serial numbers less than 7000, and draw collectors like ants to a sidewalk lollipop. Another prime variant is any of the guns verified to be used by the Texas or Arizona rangers along the border during the old Villista days. The same can be said for any of those 1898 vintage rifles chambered in .30 Krag and marked ‘US‘. Another big draw is .405 Winchester chambered models, as these are the same as TR’s medicine guns. These models can fetch upwards of $6K for a nice one. 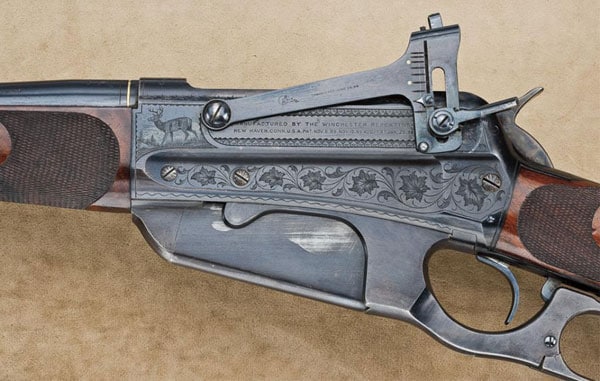 Russian muskets, due to their low price, were sometimes rebored and more typically modified over the past 90 odd years or so to the point that originals are worth up to $4K due to their rarity. Heavily abused, bubba-fied models however go for closer to a few hundred. Commercial models in popular calibers in less than ideal condition are often found for a more comfortable $900 range.

Winchester made a few more of these after 1936 for special order and since the 1990s has farmed out production of this classic to Miroku of Japan. These recent manufacture guns can often be stumbled upon in nice condition for as low as $800. Back in 1984, Miroku even made a run of special edition M1895s branded and sold by the Browning Arms Company.

What was the name of the inventor again?

This article originally ran on Guns.com as “The Winchester 1895 Rifle: Winchester’s other lever gun (VIDEO)” on August 16, 2013 and has been edited for content.