Contraband-filled drone didn't quite make it into OK prison 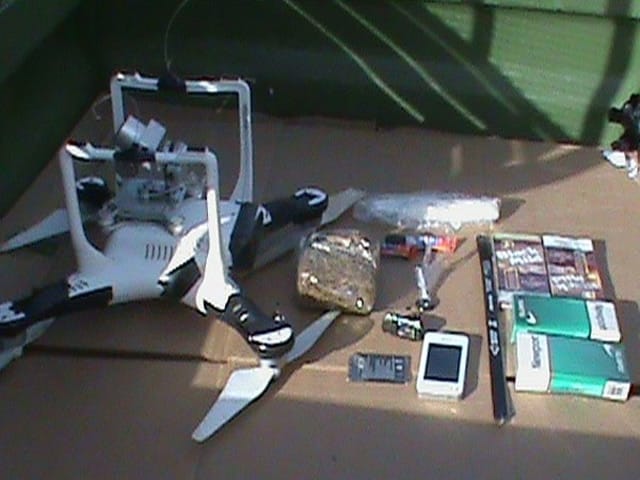 An unsuccessful attempt was made to smuggle contraband into a McAlester, Oklahoma, prison last week using a drone, but staff intercepted the unmanned aerial vehicle before the items made their way into the hands of inmates.

The Department of Corrections admitted that this was the first known attempt at smuggling contraband into the facility by use of a drone.

“I applaud and commend the quick action and diligence on the part of the staff who noticed the UAV that entered the prison grounds,” said Robert Patton, DOC director. “We are continuing to take a broad approach to increasing awareness in dealing with contraband at all of our facilities statewide. We must maintain vigilance and stay one step ahead of the game in terms of the technology being used in and around facilities. Nothing is off the table when we are talking about the safety of the public, staff and offenders being housed in our facilities.”